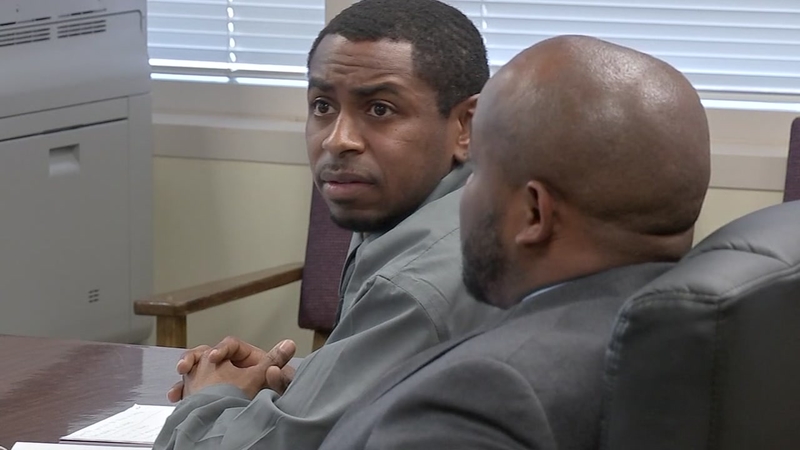 Hose Singleton was sentenced Thursday evening to 38 years in prison for what investigators describe as elaborate bank-jugging schemes.

Singleton, who was convicted of engaging in organized criminal activity, won't be eligible for parole until 2037, but could be behind bars until the year 2056.

Prosecutors said Singleton took tens of thousands of dollars from victims over the course of five years.

"This is a predatory form of theft, whereby perpetrators stalk their victims from one location to another. They typically look for them to park their vehicle at that location, at which time they'll go into the vehicle and steal money or other forms of theft," said Michael Ghutzman, with the Montgomery Co. District Attorney's Office.

Prosecutors say in January 2018, Singleton followed a woman from a Wells Fargo off FM 2920 and I-45 to a commercial tile shop in the Spring area.

There, they say, she parked her car and went inside the business.

Singleton was caught on camera using a window punch tool to break through the glass to get to a bank bag carrying $2,500.

Another man in the car with Singleton, Charles Ray Price, Jr., was also charged with engaging in organized criminal activity.

At the time of his arrest in Montgomery County, records show Singleton was out on bond for two other felony bank-jugging cases in Harris County.

One of the incidents involved Singleton following a landscaper from a bank in the Cypress area. Authorities say he waited until the victim was working on a yard to steal $1,400 in cash from his vehicle.

A third case of bank jugging is pending in Comal County, where investigators say Singleton followed a man from a New Braunfels bank to a daycare.

Prosecutors say while that victim was inside picking up his child, Singleton broke into the car and stole $10,000 in cash meant for the man's business payroll.

Singleton was previously convicted of bank jugging while on vacation in Miami.

In that case, prosecutors say the victim, an elderly man, withdrew half his savings account in order to pay bills, all money he lost to Singleton after they say he followed the victim and stole his money.

During the trial, Houston police officers testified that Singleton is a known gang member, part of the Hustling Under Pressure street gang, known for bank jugging.

"This case and this sentence should be a warning to all criminals. We will identify you. We will target you. We will stop your criminal behavior. Think about that before you go to a bank parking lot," said Houston police Officer C.E. Dorton.