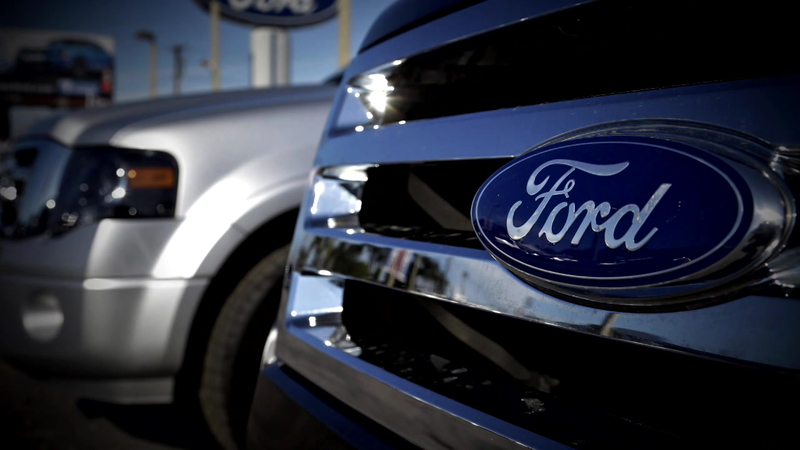 The Center for Auto Safety is demanding a recall of Ford vehicles that could affect 1.3 million cars.

Responding to consumer concerns about exhaust fumes, Ford offered to inspect and repair Explorer SUVs at no cost to owners.

Ford maintains the vehicles are safe, but said it's making the repairs available in response to customer concerns about exhaust odors and carbon monoxide.

"Our investigation has not found carbon monoxide levels that exceed what people are exposed to every day," Ford spokesman Mike Levine said.

Now, the automotive giant is getting pressured to do more.

The Center for Auto Safety wants Ford to issue a full recall for all Explorers made between 2011 and 2017, writing in part in a statement, "With something this potentially dangerous, the responsible step is a full recall and if Ford will not do it, NHTSA should step in."

Ford responded to the call for a full recall saying, "While we continuously evaluate our processes for potential improvements, we are confident in our current methods for quickly identifying and addressing potential vehicle issues."

Across the country, a version of the SUV created especially for police departments has already been taken off the road by the thousands.

Over the summer, Austin pulled its fleet of nearly 600 modified Explorers after 60 officers filed official complaints about fumes in their vehicles.

Ford has sold more than 1.35 million Explorers since 2011, when the vehicle was redesigned and the exhaust problems began.

Ford previously focused repair efforts on police versions of the Explorer, but civilians continue to complain to the agency about exhaust fumes and symptoms such as nausea, headaches and drowsiness.

Over the past six years, more than 1,100 civilians have complained to the government about exhaust fumes seeping into Explorers, causing headaches, burning eyes, nausea, sleepiness and an odor like burning hair, according to an analysis by The Associated Press.

In addition, Ford has received more than 2,000 complaints, warranty claims, reports from dealers and legal claims related to exhaust odors.

The company said it will send letters to owners of 2011 through 2017 Explorers starting the week of Nov. 13 telling them to take their SUVs to dealers for the work. Mechanics will check for leaks in the rear lift gate gaskets and drain valves. If any leaks are found, they'll be sealed or gaskets will be replaced, to prevent fumes from entering, Levine said. They'll also reprogram the air conditioning to let in more fresh air.

Ford will pay for the work regardless of mileage, age of the vehicles or whether they're under warranty. It also will reimburse owners who previously paid for repair work, Levine said. The service will be available starting Nov. 1 through Dec. 31, 2018, Ford said.

NHTSA began its investigation of Explorers in July of 2016.

Even for such a big seller, 1,100 complaints about a single problem is unusual, especially because exhaust fumes almost never find their way into passenger areas, said Allan Kam, a former attorney with the National Highway Traffic Safety Administration who now is a consultant to consumers and manufacturers.

By comparison, the government has only two complaints about exhaust in the cabin of the Jeep Grand Cherokee for the 2011 through 2017 model years. The Grand Cherokee is an Explorer competitor with comparable sales for those years. In addition, the government had only one exhaust gas complaint for the 2010 Explorer, the year before the new model came out, The AP found.

In complaints to the government posted on the NHTSA website, several owners have said attempts by Ford dealers to fix the problem have failed. Many expressed concerns about small children and pets riding in the rear seat, where the smell seemed to be concentrated.

In 2014, a Florida woman sued Ford, claiming she and her daughter were suffering from chronic headaches due to carbon monoxide in their Explorer. Under a settlement reached in August, Ford had agreed to send out a nationwide notice to Explorer owners offering partial reimbursement for exhaust odor repairs performed on 2011-2015 Explorers. But that settlement is on hold because an owner filed an objection.