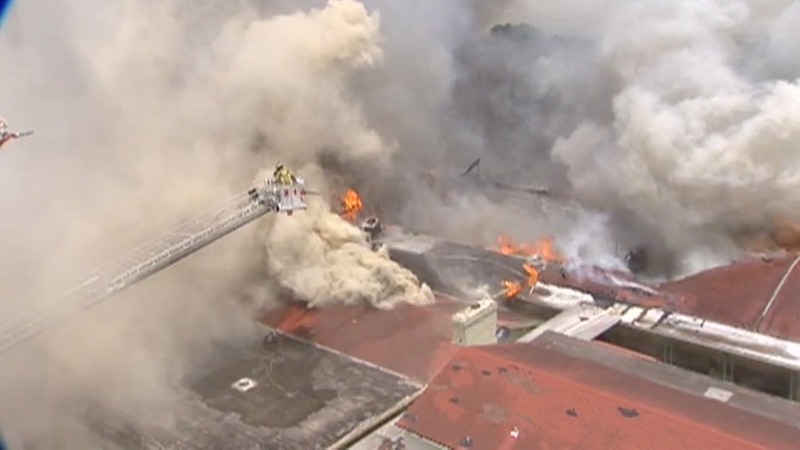 HOUSTON, Texas (KTRK) -- The fight goes on for families of Houston firefighters who died in a motel fire more than five years ago.

The Southwest Inn fire in May 2013 was the department's deadliest day.

Four firefighters died in the fire, a fifth died months later and another will battle injuries for the rest of his life.

The families have been suing radio maker Motorola for years claiming faulty radios contributed to the firefighters' deaths.

RELATED: Firefighters and police both fight to get workers comp benefits after being injured in the line of duty

Years ago the city filed legal documents seeking money from the families to pay back medical and death benefits if there was a legal settlement in the case.

In what is called a subrogation claim, the city wants to collect hundreds of thousands of dollars in benefits it paid to the families of the fallen firefighters. When that came to light a few weeks ago, Houston Mayor Sylvester Turner adamantly said the city was not pursuing that money. But now appears unwilling to simply walk away from the approximately $1.5 million.

According to court documents filed today, the city will only give up reimbursement if the families' lawyer agrees to forgo hundreds of thousands of dollars in fees and expenses.

The city was not a party to the case against Motorola either as a plaintiff or defendant. Court documents filed by the families' attorney suggest the city hampered the firefighters' case, but now wants to collect money from the settlement in it.

The mayor's office has said it never has nor would seek to collect money directly from the families of fallen firefighters.

Court documents question why the city wants to continue a fight with a grieving mother.

Houston City Attorney Ron Lewis said the city never put any liens on the firefighters but has instead sought to recoup costs from those responsible for the fire.

Houston filed a claim or a lien against the owners of the restaurant and the hotel to compensate the city for medical and other costs that had been paid to the firefighters, Lewis said. Those claims have been settled by the city, he said.

"We certainly haven't asked the firefighters... to go into their pockets and pay anything," Lewis said.

The attorney for the families disputed this claim, pointing to a February 2016 email he got from a law firm hired by the city that said the city was "willing to significantly reduce their liens" and accept reduced amounts from his clients "to resolve these matters."