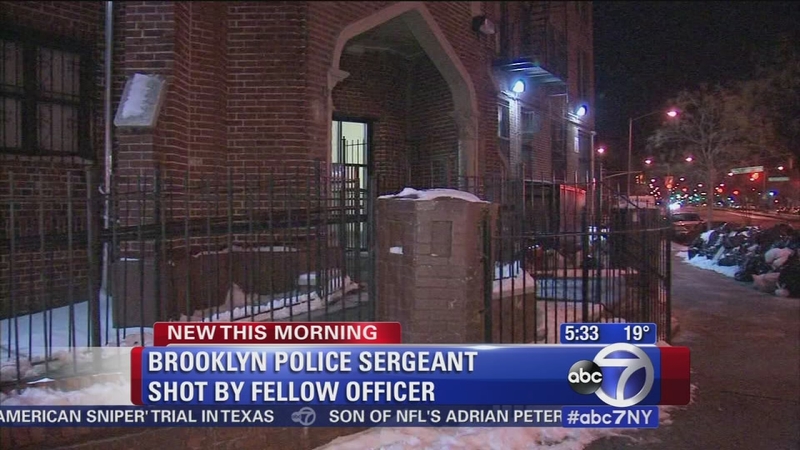 BROOKLYN, NY -- A police officer accidentally shot his sergeant after firing at a pit bull inside a Brooklyn apartment building.

The shots were fired after New York City Police officers responded to a report of an assault inside the apartment building on Kings Highway at around 10:30 p.m. Tuesday night.

The officers were in the hallway when a pit bull mix was let out of one of the apartments. The dog charged at them, according to police, and the officer fired a shot at the dog.

The shot grazed the dog, possibly ricocheted off a wall, and then struck his sergeant in the right foot just below his big toe.

The sergeant was taken to Kings County Hospital in stable condition. The pit bull was expected to survive.

No arrest was immediately made in the assault.