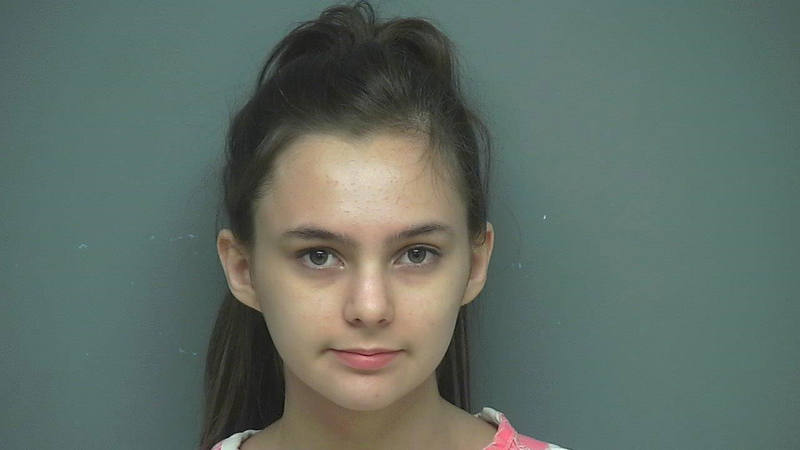 Susan Mize, 17, is accused of orchestrating the robbery of her friend, Preston Barry, who was allegedly told he'd earn $150 if he gave her friends a ride to Houston.

Instead, deputies said Barry was ambushed by two teens, who are also facing charges after they allegedly took him for a scary ride.

Investigators said Mize allegedly confessed that Barry seemed like an easy target as they drove to Creekside Park in Montgomery County to pick up her friends.

As a 16-year-old boy was getting into the back seat of Barry's car, another teen allegedly approached his vehicle with a gun.

A 15-year-old suspect allegedly ordered Barry into the back seat of his car, and that is when deputies said the 16-year-old boy pulled out a knife.

Investigators said the teens ordered Barry to be tied up with Susan's shoelaces before taking his wallet.

Deputies allege that Barry was struck several times by the suspects, who also allegedly threatened his life with the knife and gun.

The juvenile suspects are accused of then driving Barry to the HEB on Rayford Road, where the victim told deputies he was forced to withdraw money from an ATM.

For Mize, this was the end of the road. The teens dropped her off at her home, where investigators allege she never called 911.

Barry, who was promptly tied up with shoelaces after giving the suspects money from the ATM, was left to negotiate his way out of the situation, deputies said.

Investigators said Barry confessed to having more money at his home. When the suspects took him back to the house, Barry managed to lock them out, immediately telling his parents what happened.

When deputies approached the vehicle, the 15-year-old teen ran into the woods and has not been seen since. Deputies are filing a warrant for his arrest.

The 16-year-old suspect, accused of pulling the knife on Barry, was taken into custody and is facing felony aggravated robbery charges.

Mize was arrested at her home, and is also charged with felony aggravated robbery.

According to investigators, she is not taking responsibility for the idea to tie up Barry or to steal his vehicle.