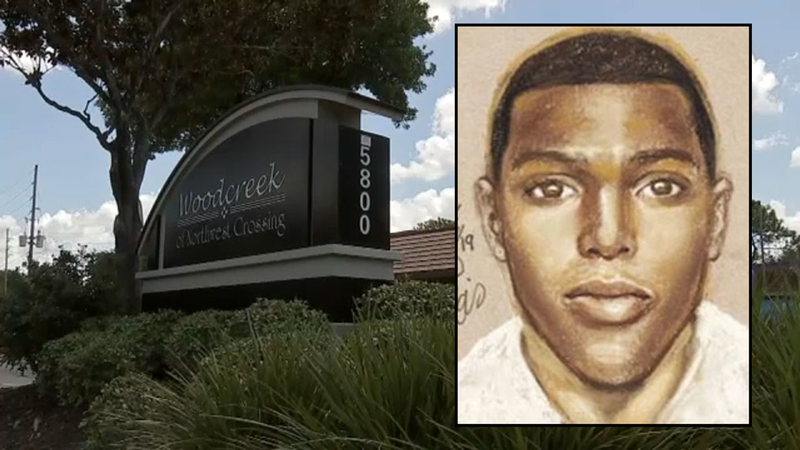 Investigators have released a sketch of one of the men. Both are accused of committing four robberies in an hour and a half in northwest Houston.

The suspect seen in the sketch is described as a black man in his 20s. He stands between 5'10" and 6' with a thin build.

Police said he pointed a gun at three of his victims, while the other man was the driver.

The robbery spree started on July 29, when police said a man found his Toyota Tacoma stolen from an apartment at 5800 Hollister.

The next day, the two suspects allegedly used the stolen truck to commit four robberies.

Just after 7:20 p.m. on July 30, police say a victim was robbed at 5300 Langfield Rd. Minutes later, the suspects allegedly robbed a man at a motel at 14255 Northwest Freeway.

The stolen vehicle was found burned hours later, and the stolen Toyota Tacoma has since been recovered, according to police.

All robberies were nearby, all committed within an hour and a half.

"We know they're going to keep on going until they get caught and the question is, can we get them before they hurt somebody," said Andy Kahan, Crime Stoppers' victim service director.

Crime Stoppers is offering a reward of up to $5,000 for information leading to an arrest in the case.

If you know who these men are, call Crime Stoppers at 713-222-TIPS or submit your anonymous tip online at www.Crime-Stoppers.org.