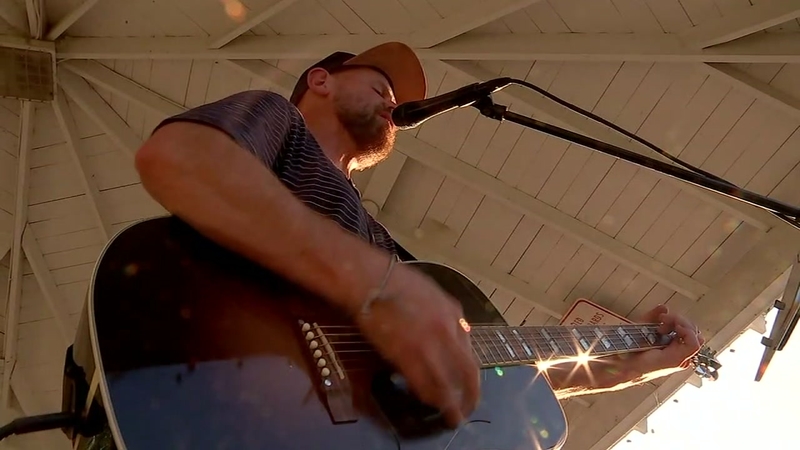 FRIENDSWOOD, Texas (KTRK) -- Friendswood flood victims got a boost this weekend with the help of a musician who's become a local celebrity.

Performing has become an outlet for Aric Harding.

"It's a chance to do the thing that I love to do," Harding said.

While neighbors may have recognized his voice, the guitar may have thrown them off. Harding went viral after he returned to his flooded Friendswood home and played the piano.

It's a performance that's gained him national attention. But Saturday's setting was more touching.

"This is us together and getting to blow off steam for a while," Harding said. "You get to hear some music you love and relax for a second."

Harding headlined a 'Friendswood strong' benefit concert. The event generated more than $7,000 Saturday, money that'll be used to help those recovering from Harvey.

"Four feet of sheetrock is pulled out," Nettijon Shock said. "The floor is ruined, totally. Cabinets had about 15 inches of water in it."

"We actually lost our home," Bradley Hamil said. "We lost both vehicles, and the business that's right over there behind us."

Tonight Aric is playing the guitar. Even though he's viral for his piano playing, it's not his normal instrument. pic.twitter.com/x5BWEsN03H

The city says nearly a quarter of all homes have damage, and there is still nearly 120,000 cubic yards of trash on yards.
Harding can relate to the situation. His home went under water.

Harding is rebuilding, and even getting a new piano from Grammy-nominated artist Vanessa Carlton.

The attention he says is nice, but what he likes most is helping others.

"When things stop being so tragic, let's still lean into each other and love each other," Harding said.

Powerful lyrics found in his new song he performed during Saturday's show that he hopes will inspire Friendswood long after the piles are gone.