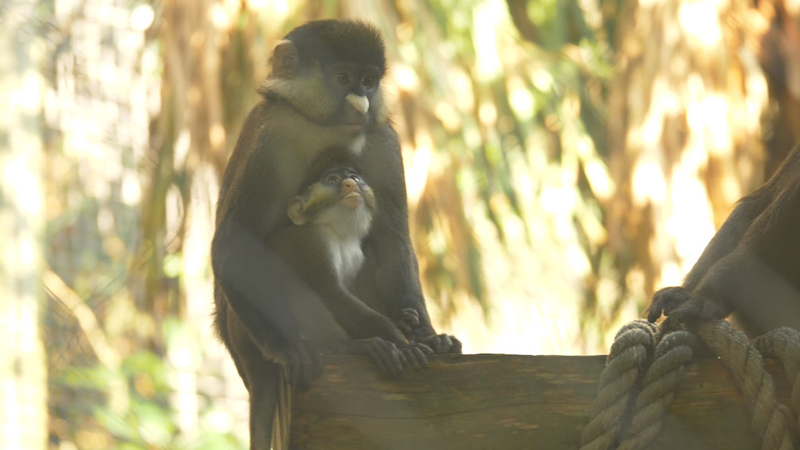 HOUSTON, Texas (KTRK) -- The Houston Zoo has a new baby!

On June 29, Nagano gave birth to a male Schmidt's red-tailed monkey named Jack. After spending some time bonding with its mother, Jack can now be seen in the primates section along with his grandmother, Bongo.

Jack is the first baby for Nagano and Kibali.

"Mom and baby are closely bonded, and Jack can often be seen attached to mom's stomach. As Jack gets older, he will start to separate from mom and explore the habitat more. Even when they are apart for short periods of time, the two are never far from one another," the Houston Zoo said.