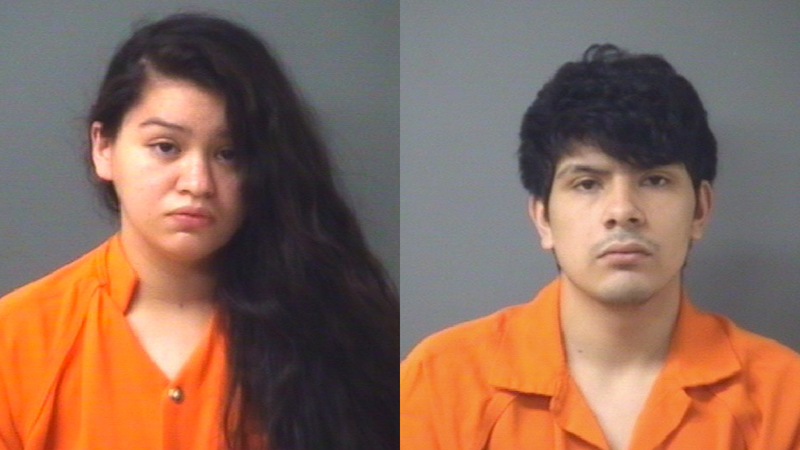 WILSON, North Carolina -- A 2-month-old was taken to the hospital with a fractured skull after his parents stabbed him with a screwdriver during a fight, according to a county sheriff in North Carolina.

In a news release, the office said deputies went to the home around 4:45 a.m. on Wednesday.

Investigators said the baby's mother, 21-year-old Angel Marie Webb, and father, 21-year-old Eusebio Munoz Jr., were fighting. Munoz was holding the baby when, according to deputies, Webb tried to stab him with the screwdriver. She hit the child in the head instead.

The baby was taken to the hospital, where it is currently in the Child Immediate Care Unit.

Both have been released from jail on $5,000 secured bonds.