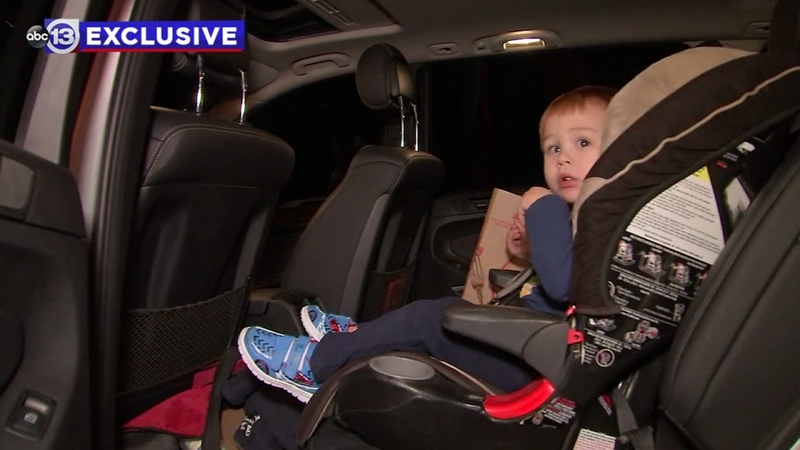 HOUSTON, Texas (KTRK) -- After being abducted by his biological father on Friday, a 1-year-old Missouri boy will soon be back with his family.

Little Eli Bandurovskiy spent much of the day at the Brookshire Police Department after he was found by investigators just west of Katy this afternoon.

His father, Viktor Bandurovskiy, is being held in Brookshire for parental kidnapping.

Our cameras were there tonight as Eli was placed in the custody of CPS, where he will have a safe and warm place to sleep tonight.

The boy's family began Christmas morning wondering if he was safe, even alive. Now they have the answer they have been waiting to hear for days.

ABC13 EXCLUSIVE: New video shows Eli Bandurovskiy as he was being transfered into CPS custody tonight in Brookshire.

Viktor and Eli were last seen at a motel in Springfield on Friday.

Police were in a race against time to find the missing boy because his father allegedly made a number of threats against Eli. Investigators said his father has a history of domestic abuse and drug use, and that the child was believed to be in grave and immediate danger.

Even after the arrest, investigators have not said why Viktor left Missouri with the boy.

The good news at least for Eli's family is that he is in safe hands tonight.

Eli Bandurovskiy was found safe on Christmas Day in Texas after going missing in Missouri on Friday.

Investigators are looking for a Missouri man and his abducted 1-year-old son right here in the Houston area.