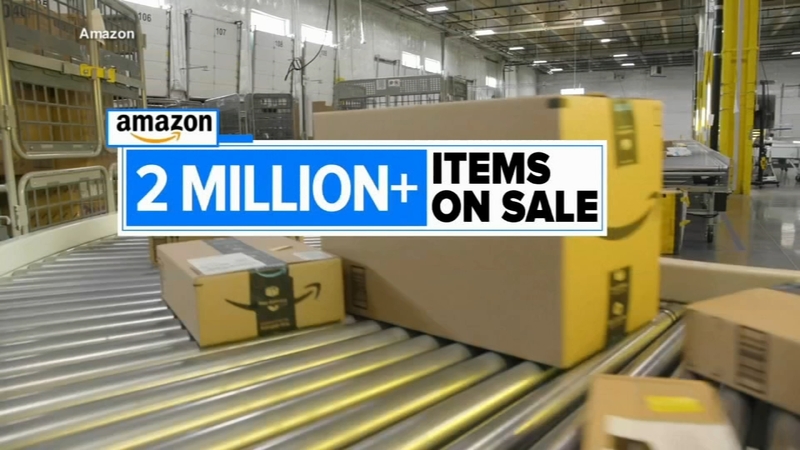 PHILADELPHIA -- Amazon, Walmart, Target, Best Buy and others are fighting for your attention.

They are all launching some of the biggest deals of the season - and consumers can be the winners.

Amazon is gearing up to put more than 2 million items on sale.

"Prime Day" starts Monday and will feature discounts on items such as Amazon devices, robot vacuums, headphones and kitchen appliances, with consumers getting between 20% to 50% off.

"Most other retailers jump on the bandwagon because they want to offer deals and bargains for the consumer," Neil Saunders, managing director of GlobalData Retail, told ABC News.

Walmart has a "Deals for Days" event which runs until June 23.

Target is getting in on the action with its own 'Deal Days' is on now and ends on June 22.

"The home has been a real priority area in terms of spending," Saunder said. "Home improvement, home furnishings, we're still nesting, even though we are hopefully coming out of the pandemic."

Best Buy's "Bigger Deal Savings Event" is underway until June 22. Promotions include up to 50% off small kitchen appliances, in addition to $250 off select gaming laptops and up to $400 off select Samsung galaxy phones.

Some general advice from the experts?

"Look very carefully at what those deals are, always compare prices and always look for things that you want to buy anyway," Saunder said.