What to know about former Astros coach Alex Cora 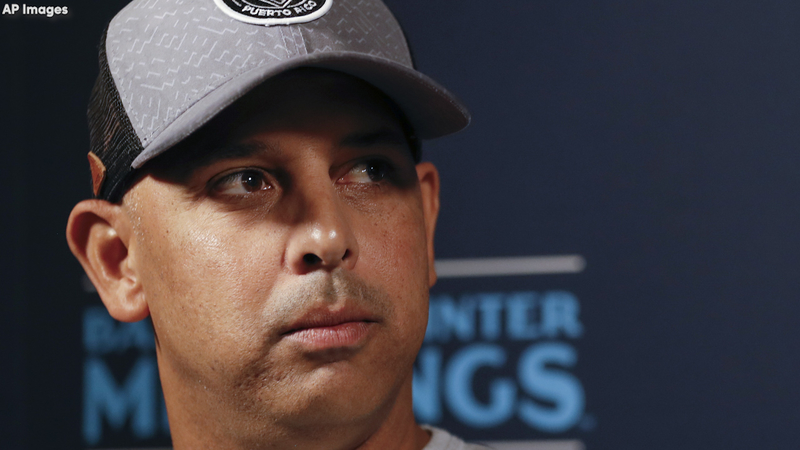 What to know about Red Sox manager Alex Cora

BOSTON, Massachusetts (KTRK) -- Alex Cora is the manager for the Boston Red Sox. He was born in Caugas, Puerto Rico.

Cora attended the University of Miami where he helped lead the Hurricanes to the College World Series in each of his three years at the school.

Cora served as the Astros' bench coach in 2017, the year they won the World Series against the Dodgers.

Cora was named the 47th manager in Red Sox history in 2017, shortly after the World Series.

He's one of only four individuals to win a World Series with the Red Sox as both a manager and a player.

Cora is only the second Puerto-Rican born manager in MLB history and the second Latino manager ever to win a World Series.