2 Aldine ISD students lose over $1,000 after their FFA turkeys were stabbed to death 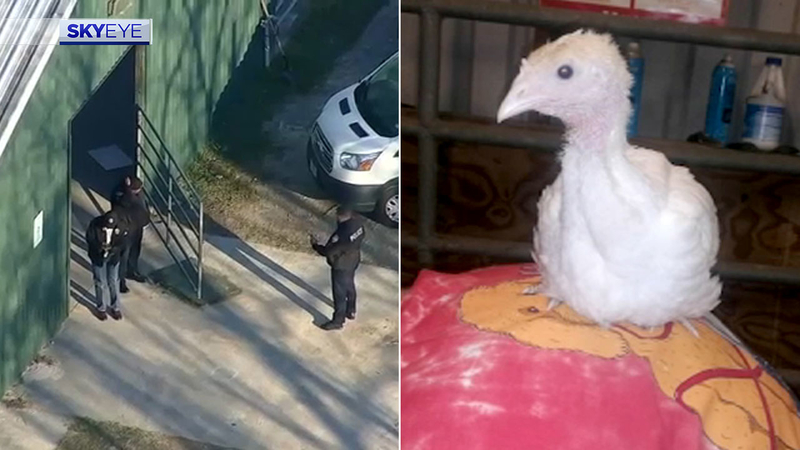 Students Michelle Rodriguez and Olivia Higbee discovered the turkeys when they arrived at the barn early for Wednesday's FFA Livestock Show.

Michelle got to the barn at 6:45 a.m. and found two of her turkeys dead. She says she worked very hard to get her animals ready for the livestock show.

"It means a lot to me, so for it to be ruined in one day-- I can't believe this at all," said Michelle.

Denise Higbee, Olivia's mother, said Olivia was at the barn until 7 p.m. Tuesday night and a teacher was there until 9:30 p.m.

Higbee said 13 of Olivia's turkeys were killed. When she found them slaughtered this morning she could not stop crying.

"Whoever had killed them, stabbed them and then covered them with shavings and had gone to her pen and killed the rest of them. They attacked her friend's turkeys as well. Her friend can't show her turkeys because of the investigation," said Higbee.

Both students were planning to sell their turkeys and lost at least $1,000, which was going to be used toward their college fund.
Aldine police are handling the investigation. Aldine ISD reassured the public that there is additional security to make sure the other animals are safe.

"We are deeply saddened for the students whose projects were destroyed as they have worked for almost a year to raise their projects and this senseless act has denied them their opportunity to reap the benefits of their hard work. We will use all of the resources we have to identify the person or persons
responsible," the district said in a statement.

This is an ongoing investigation.

The Aldine ISD FFA Livestock Show is scheduled for Jan. 26-28. Students will show and sell the livestock they have been raising.

Oliva and Michelle's families set up a GoFundMe page to help raise college funds for the girls after the loss.