What to know about Alabama Senate race between Roy Moore, Doug Jones as voters go to polls 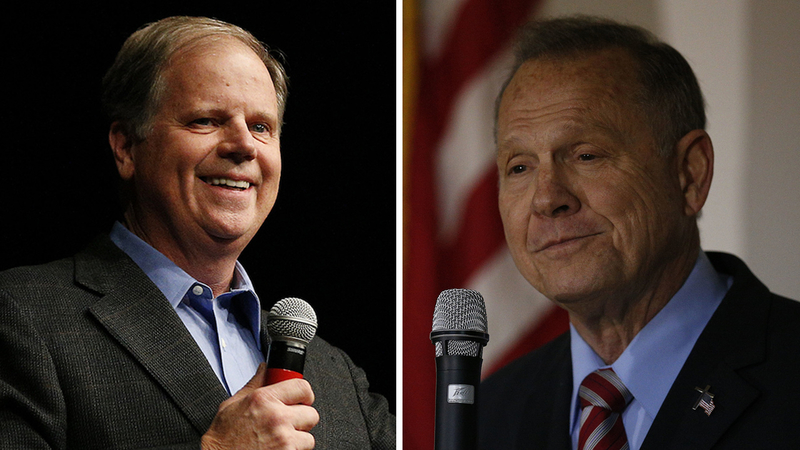 On Dec. 12, voters in Alabama are heading to the polls to cast their ballot in what has become the state's highest-profile Senate race in recent memory, and the contest remains too close to call.

Once considered a shoe-in for deep-red Alabama, GOP candidate Roy Moore has been accused by eight women of actions ranging from inappropriate behavior to sexual assault when he was in his 30s and, in most of the cases, the women were in their teens.

Moore has staunchly denied the allegations and since regained the support of both his party and President Donald Trump, who stumped for Moore and recorded a robocall in support of his candidacy in the final days of the campaign.

"We cannot afford, the future of this country cannot afford to lose the seat," Trump said on Friday in reference to the GOP's precarious 52-48 Senate majority.

As controversy has swirled around Moore, his opponent Doug Jones has worked ardently to win over a state that hasn't elected a Democrat to be a senator in a quarter-century. His campaign hopes to energize a winning coalition of African-Americans and moderate Republicans, but he has had trouble winning over Moore supporters who disagree with Jones' views on social issues like abortion.

Just days before the election, the Associated Press said the race was too close to call. The agency noted that Moore's "path to victory is wider than that of...Jones," adding that "the race will be decided by which candidate does a better job getting his supporters to actually vote."