"You could clearly tell that there was some sort of raging party there that just trashed the place," the renter told KGO-TV.
KGO
By Michael Finney 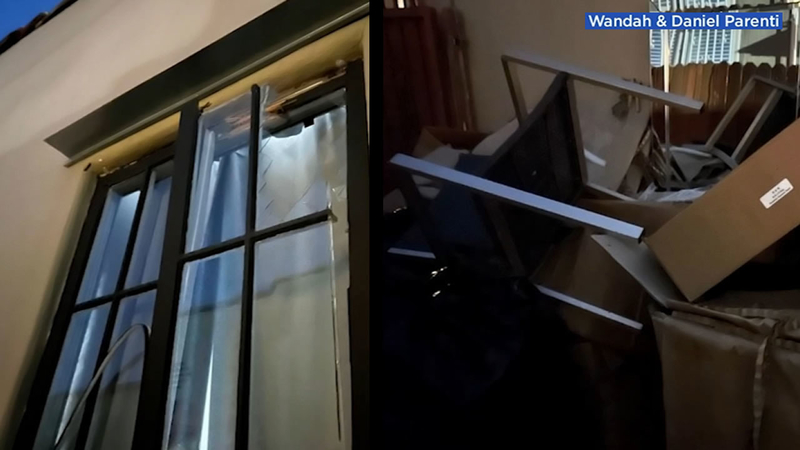 MARTINEZ, Calif. -- A holiday family reunion in Los Angeles for a Martinez, Calif., family hit a sour note when they said the Airbnb they rented wasn't as advertised.

The family described the unit they rented as uninhabitable. The discovery forced them to scramble to find alternate arrangements on a busy holiday weekend.

Musician and filmmaker Daniel Parenti improvises a few chords from the song he would write about his experience with Airbnb.

"It would be dark and a lot of distortion and then at the end it would be bright and sunny," he said, describing his song.

Pictures of the unit posted on the online rental marketplace showed a clean and spacious home.

Photos Parenti and his wife took of the unit (the way they found it when they arrived), showed something different.

"You could clearly tell that there was some sort of raging party there that just trashed the place," Parenti said.

Despite the flames and smoke encroaching on South Lake Tahoe, vacation rental companies are telling customers they can't get their money back.

The host asked the couple to leave and return later, and promised the unit would be back to normal soon.

They left, but a few hours later, found the rental in the same condition.

The host told them they would need to get a refund from Airbnb, but Airbnb declined.

The company wrote: "In line with our guest refund policy, for your case to qualify we would've needed you to contact us about your problem within 24 hours of check-in."

"I felt that was very wrong," Wandah told our sister station in San Francisco, KGO-TV.

At that point she felt she had run out of options.

"I thought there was nothing we could do because the doors were closed. Airbnb said no," she said.

As a last resort, they contacted KGO-TV, and the station's 7 On Your Side contacted Airbnb.

The company declined to comment, but confirmed it will give the couple a complete refund.

The Airbnb host did offer to give the Parentis a discount on the next rental they made with him, but the couple declined.