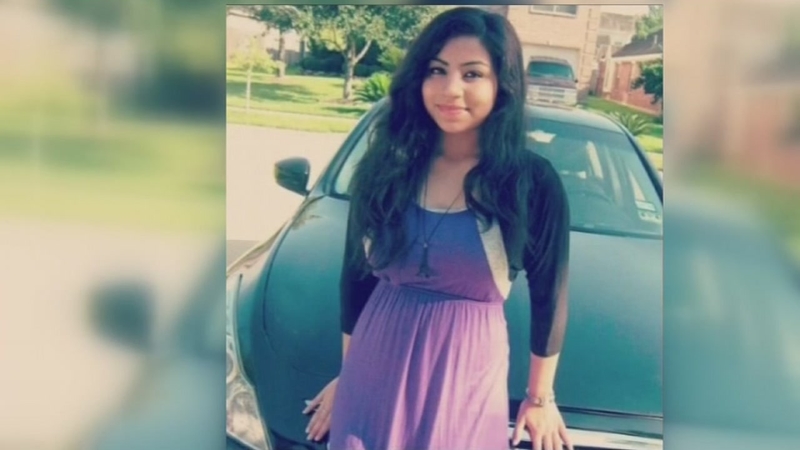 HOUSTON (KTRK) -- Serena Martinez who was severely injured by her car's airbag says she feels lucky to be alive, but life now is different.

"I have anxiety about driving and I am afraid to drive myself. I have nightmares about what could have happened," Martinez said.

A lawsuit filed against Honda and Takata by her attorneys in downtown Houston says on September 11, 2016, she was on Mason Road in Fort Bend County in a low-speed collision.

The lawsuit goes on to say the following, "The airbag detonated and caused the inflator to disintegrate into shrapnel," striking Martinez in the "chest and arm, causing severe lacerations."

"I was upset when I found out that the metal pieces from the airbag in my car caused my injuries," she said.

The Fort Bend County woman isn't alone. In April 2016, county investigators in Fort Bend County say 17-year-old Huma Hanif was killed within seconds of a minor crash she should have survived.

Shards of metal were found in her neck. Investigators said the airbag inflator from her 2002 Civic failed.
There was another case involving Carlos Solis, 35, who was killed in January 2015, on Cypresswood Drive when something impaled his neck and killed him in a minor wreck. A faulty airbag was suspected by investigators.

"It really doesn't matter if it's an Accord or Civic, if there is ammonium nitrate in these inflators we're going to have these types of disastrous results," said Mo Aziz said, the attorney representing Martinez.

American Honda has urged owners of Honda and Acura vehicles affected by the Takata airbag inflator recalls to get their vehicles repaired. Martinez claims her family never received a recall notice.

Honda and Acura owners can check their vehicles' recall status at safecar.org, or by calling their authorized dealer.

Honda provided the following response to the case:

Honda has not yet been served with a lawsuit associated with Ms. Martinez, and, lacking formal confirmation of certain facts, we are unable to offer any detailed comment at this time.

Please note that ruptures of Takata airbag inflators have resulted in eleven deaths and more than 150 injuries in the U.S. involving multiple automakers' vehicles, and it is important that owners of all vehicles check online or with their authorized dealer to determine if their vehicles require the free recall repair. NHTSA and many automakers offer free online information about recalls. For Honda and Acura vehicle owners, recall information can be found at www.recalls.honda.com and www.recalls.acura.com. Importantly, all recall repairs are free, and, for Honda and Acura owners, alternative transportation is available during Takata inflator repairs.