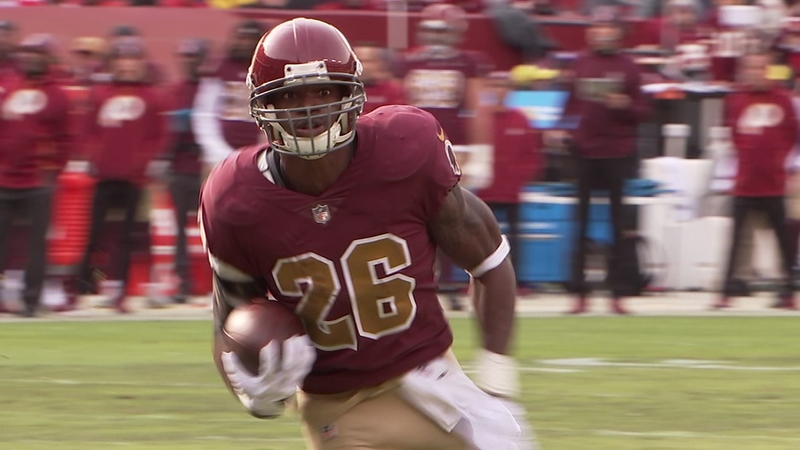 Adrian Peterson, who was indicted four years ago in Montgomery County for using a switch to punish his then-4-year-old son, was quoted in an interview with Bleacher Report about using a belt to punish one of his children.

In reporter Master Tesfatsion's piece, which was published Wednesday, the 33-year-old stated he still uses some form of physical punishment on his kids.

"I had to discipline my son and spank him the other day with a belt," Peterson said in the interview conducted during the current NFL season.

Peterson insisted he's turned to other techniques since his 2014 indictment and subsequent suspension from the NFL.

In legal proceedings relating to the incident four years ago, Peterson was accused of leaving marks consistent with a tree branch when he punished his son. He was sentenced to only probation and community service as part of a plea deal.

The indictment, however, effectively ended his 2014 season with the Minnesota Vikings. He played two more seasons with Minnesota, before trekking to New Orleans and Arizona in 2017.

Peterson currently plays in Washington, where he is experiencing a resurgence on the field, for which the Bleacher Report interview mostly centered around.

Echoing his testimony in the 2014 case, Peterson told Bleacher Report that he didn't think he did anything wrong when he used the switch on his child, saying the punishment was similar to what he experienced in his own youth.

After the piece went public, Peterson's agent Ron Slavin took issue with the interview, claiming a breach of trust by the reporter.

A statement from agent Ron Slavin regarding Adrian Peterson: pic.twitter.com/TK26Xqkhbm

As for how the admission could impact Peterson's playing time this season, it's still too early to tell.