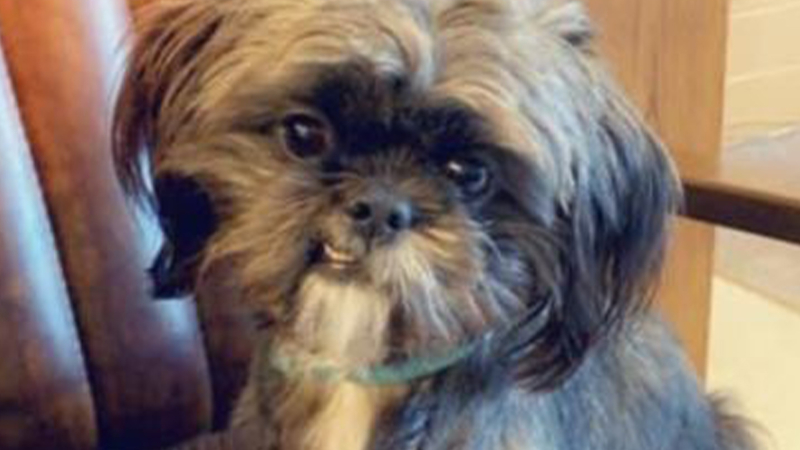 HOUSTON, Texas (KTRK) -- In the wake of an alleged acid attack that scarred and blinded a service dog, the Harris County Sheriff's Office has opened a criminal investigation into what happened.

Mandy Garner, Gizmo's owner, shared her story on Facebook, posting heartbreaking photos of the dog with severe scars and injuries.

The images were so graphic, we had to blur the photos before publishing them in this article.

"[It's] very devastating," said Garner. "I don't see how anyone can hurt an animal. It takes a sick person to do it."

While the investigation is underway, Garner said she has an idea of who might have done this

Garner said last month, she let Gizmo out to play. When he ran back inside, she said he was shaking and appeared to be in a lot of pain. A veterinarian later told Garner that Gizmo had suffered third- and fourth-degree burns.

"[The vet] got with a pest control officer. They said it was a large amount of chemical," Garner explained. "He said they intentionally did it."

"I am worried this can happen again ... very worried," she said.

The worried pet owner said Gizmo's life will never be the same. He's now blind and scarred for life. The dog was also due to undergo surgery on Friday to have one of his eyes removed.

"Now, I will be his service mama," said Garner.