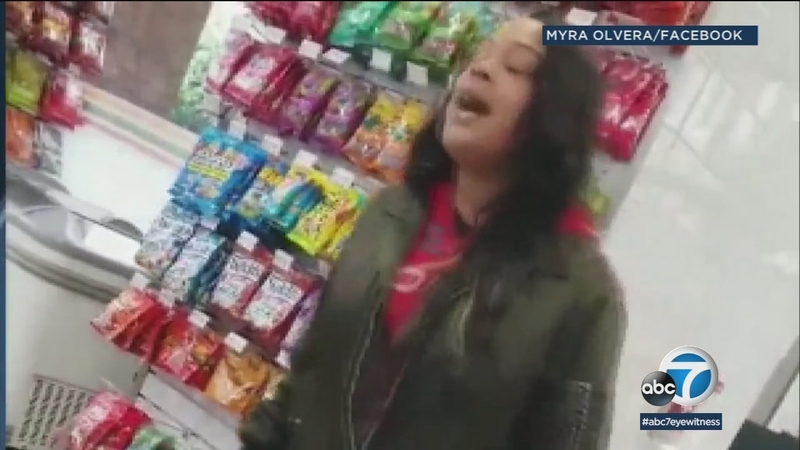 LOS ANGELES, California -- A 7-Eleven customer's rant escalated into a violent attack on a man, and the victim's family is now worried, saying they haven't heard from him in nearly a week.

An irate customer at the downtown Los Angeles store along 7th Street on May 1 was yelling at a clerk, prompting Myra Olvera to press record.

She said the clerk told the customer to wait until there was no line and then she could heat up her food.

"She just goes off on the cashier, telling her you're ugly, fat, hopefully you get deported," Olvera recalled.

Olvera said another customer near the door said, "Have some respect." That's when the woman launched into a swear-word-laden rant directed at him.

Olvera and other customers stayed back near the register and did not intervene.

"I was afraid because we don't know, at this point, if they were going to pull out a gun or a weapon and try to shoot or, you know, stab someone," Olvera said.

The woman began shouting at the man to go back to Mexico.

The verbal assault then escalated into a physical fight.

Olvera said this all happened after the May Day March. She wondered if that contributed to the woman's rant against immigrants.

"I documented it, since I was not able to help out anyone in 7-Eleven at that moment. I'm like, 'OK, maybe this could help out,'" Olvera added.

The victim was identified as 59-year-old Frankie Martinez. His sister told Eyewitness News that her brother suffers from anxiety, and although he has a cellphone, nobody has been able to reach him since the incident.