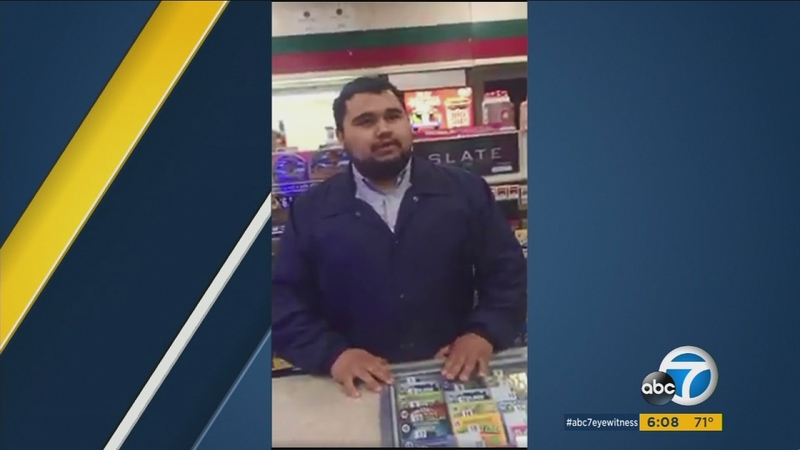 WESTMINSTER, CA -- A convenience store clerk has been arrested after he allegedly planted a cellphone that recorded a woman as she used a restroom at a 7-Eleven in California.

The woman entered the restroom after she and a friend stopped at the store about 7 p.m. Sunday.

She said she discovered the device, realized she had been videotaped and then confronted the clerk at the cash register. That confrontation was captured on video.

"So you did it?" a woman is heard asking the man in the footage.

"For what?" the woman asks. "What is your problem?"

The alleged victim said the clerk then asked for the cellphone that was found in the restroom. About 40 minutes later, she contacted the police and reported the incident.

Pablo Diaz, 22, was subsequently arrested on suspicion of using a camera device to invade the privacy of another, according to a news release. He was also booked on an outstanding warrant for driving without a license.

"We did take the phone as evidence," police Commander Bill Collins said. "We'll do a forensic review of that phone and determine whether or not there may be more victims."

7-Eleven issued a statement regarding the matter.