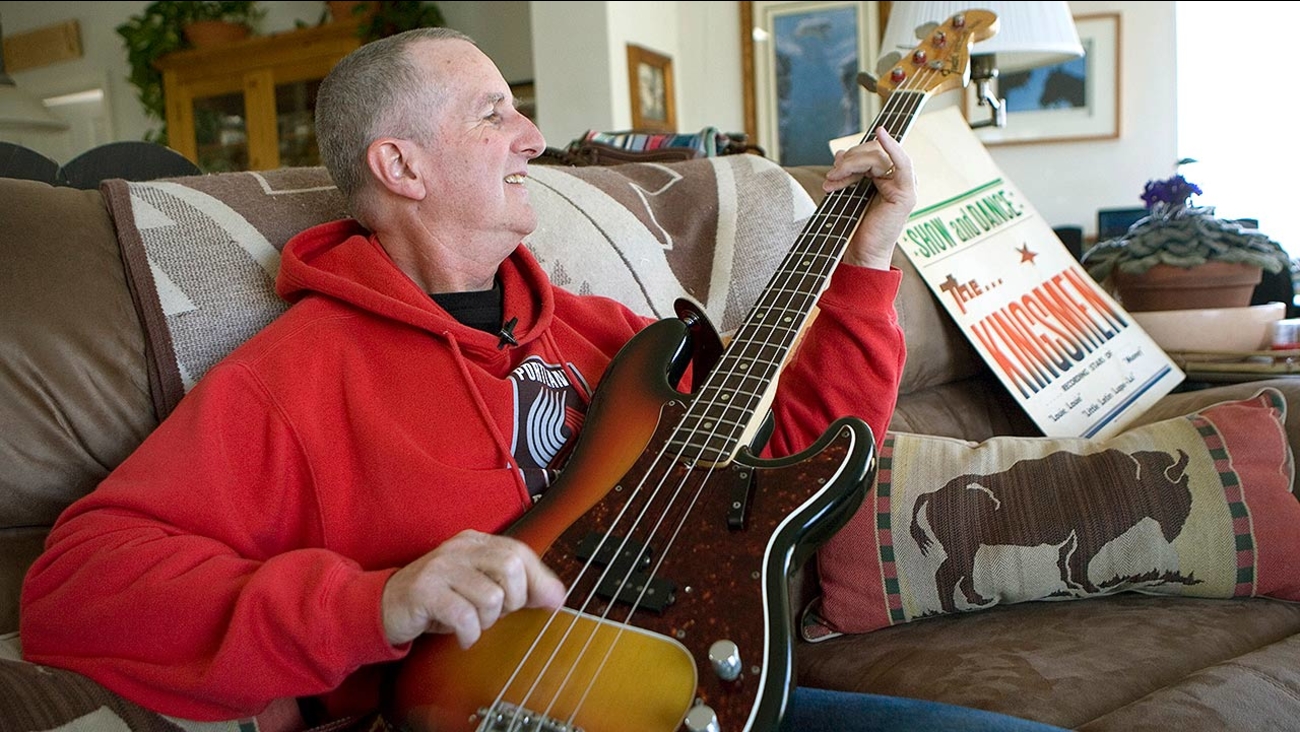 Jack Ely, co-founder of The Kingsmen and best known for his 1963 rendition of "Louie, Louie", plays his Fender bass guitar (AP Photo/Don Ryan)

His son, Sean Ely, confirmed the death Tuesday, saying the Kingsmen singer died at home in Redmond, Oregon, after a long battle with an illness.

Despite being one of the most famous songs of the 20th century, Ely's incoherent singing made the 1963 hit version of "Louie Louie" also one of the most misunderstood. The FBI was so mystified by the hard-to-understand lyrics that it conducted an investigation into whether the song was obscene.

Ely had a falling out with the band shortly after the song was recorded. He later trained horses in Central Oregon.