Residents who rode out Hurricane Laura seek help after storm 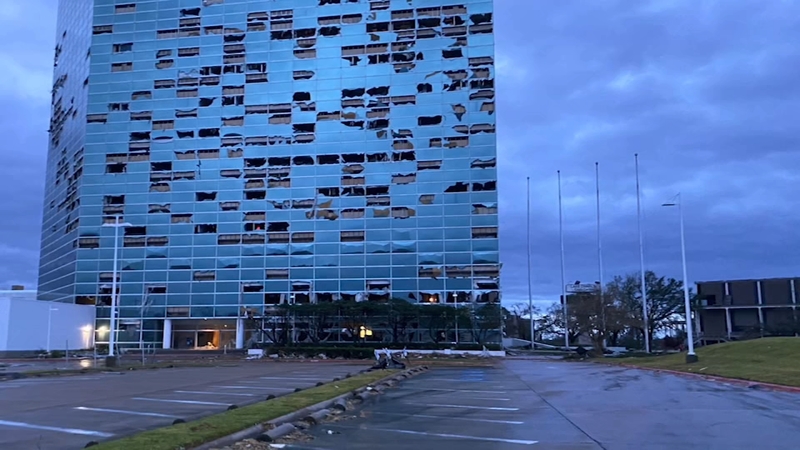 LAKE CHARLES, Louisiana -- An official in a southwestern Louisiana parish says some people who did not evacuate are now requesting assistance.

Tony Guillory, president of Calcasieu Parish's police jury, was hunkering down in a Lake Charles government building that was shaking from the storm early Thursday as phones were ringing.

"People are calling the building but there ain't no way to get to them," he said over the phone.

Guillory said he hopes those stranded can be rescued later Thursday, but blocked roads, downed power lines and flooding could complicate the process.

Officials said search and rescue missions would begin as soon as conditions allowed, along with damage assessments.

The National Hurricane Center said the storm, which intensified rapidly Wednesday before plowing into land with sustained winds of 150 mph, came ashore at 1 a.m. near Cameron, a 400-person community about 30 miles east of the Texas border.
More than 580,000 coastal residents were under orders to flee in the largest evacuation since the coronavirus pandemic began and many did, filling hotels and sleeping in cars since officials didn't want to open mass shelters and worsen the spread of COVID-19.

In Cameron Parish, where Laura came ashore, officials said at least 150 people refused pleas to leave and planned to weather the storm in everything from elevated homes to recreational vehicles. The result could be deadly since forecasters said the parish could be completely covered by ocean water.

Forecasters expected a weakened Laura to move northward through Louisiana and cause widespread flash flooding in states far from the coast. After turning eastward and reaching the Atlantic Ocean, it could again become a tropical storm and threaten the Northeast.