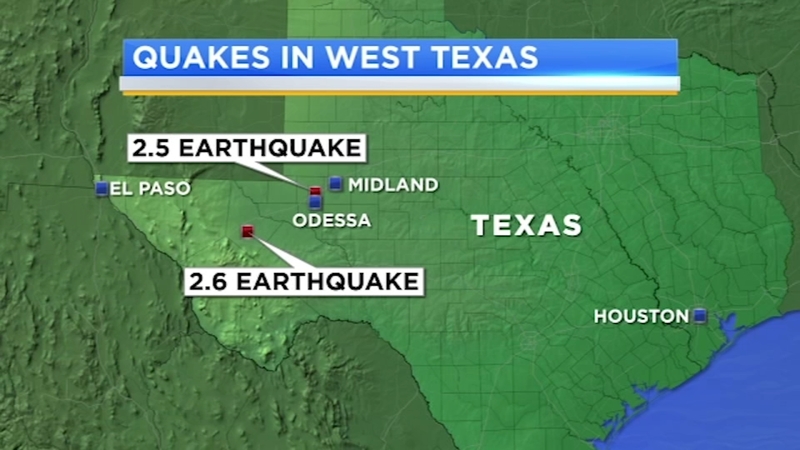 Two earthquakes were reported in the Midland-Odessa area.

One was measured at 2.5 magnitude and the other was 2.6, just hours apart.

Residents tweeted near Odessa that they felt the quake, but didn't report any damage.

West Texas reports more earthquakes than any other part of the state.

"West Texas now has the highest seismicity rates in the state," co-author and Southern Methodist University Associate Professor Heather DeShon said in a written statement. "What remained uncertain is when the earthquakes actually started. This study addresses that."

While earthquake activity coincided with a large increase in oil and gas production in West Texas, the study does not try to link the two.