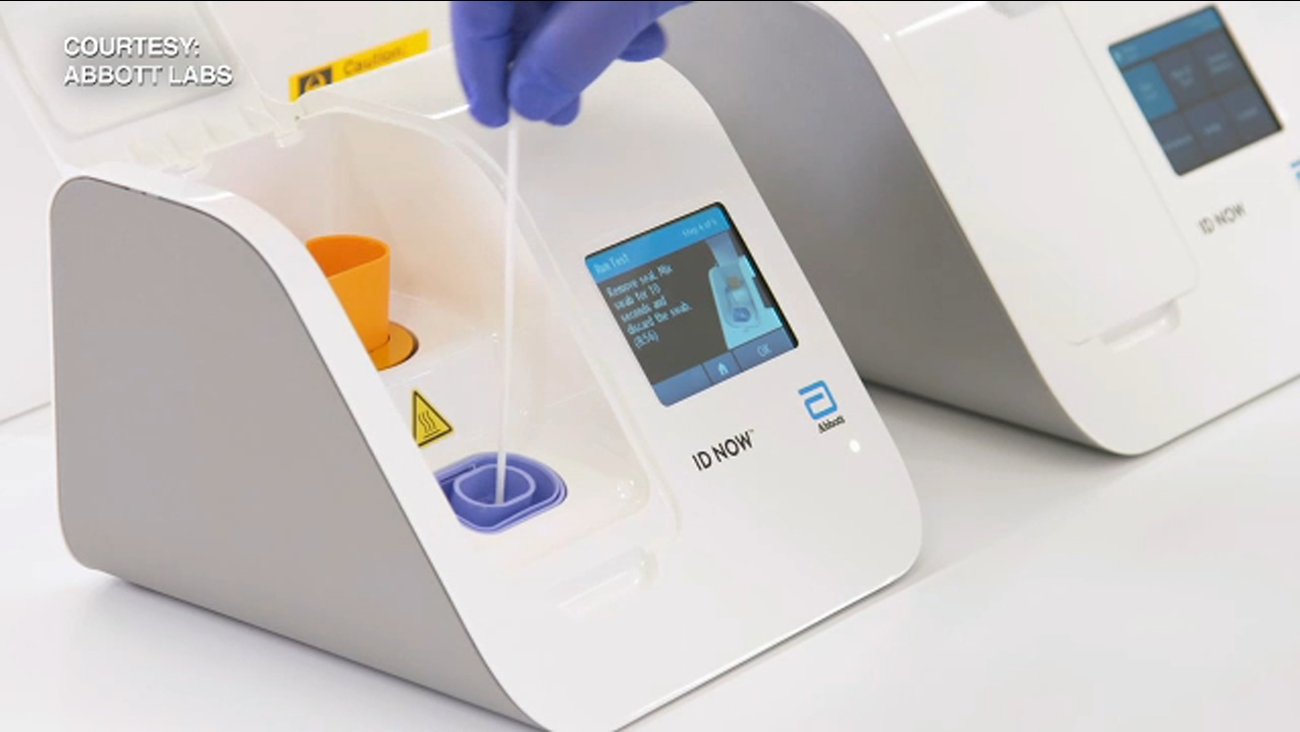 WASHINGTON -- The head of the Food and Drug Administration said Friday his agency has provided new guidance to the White House after data suggested that a rapid COVID-19 test used by President Donald Trump and others every day may provide inaccuracies and false negatives.

Commissioner Steve Hahn said that if a person is suspected of having the disease caused by the coronavirus, "it might be worth, if the test is negative, getting a second confirmatory test. That's what our guidance is about."


The test, by Abbott Laboratories, is used daily at the White House to test Trump and key members of his staff, including the coronavirus task force. The FDA said late Thursday it was investigating preliminary data suggesting the 15-minute test can miss COVID-19 cases, falsely clearing infected patients.

Hahn, asked on CBS on Friday whether he'd continue to recommend using the test at the White House, said, "That will be a White House decision." But he said the test is on the market and the FDA continues to "recommend its use or to have it available for use."

Federal health officials have been alerting doctors to the potential inaccuracy in the test, which is used at thousands of hospitals, clinics and testing sites across the United States.

The FDA warning came a day after researchers at New York University reported results suggesting Abbott's test can miss up to half the infections caught by a rival test made by Cepheid. The research has not been peer-reviewed or published in a medical journal and was based on about 100 patients.

The researchers found that Abbott's test, run on the company's portable ID NOW system, missed one-third of the infections caught by Cepheid's test when swabs were stored in liquid used to transport laboratory samples. When the samples were kept dry the test missed 48% of the cases flagged by Cepheid's test.

The researchers called the test's performance "unacceptable," due to the risk of falsely clearing patients who could spread the infection to others. They acknowledged shortcomings of the study, including the time needed to transport patient samples to the device for processing.


Abbott rejected the findings, saying the researchers used the test "in ways that it was not designed to be used."

"ID NOW is intended to be used near the patient with a direct swab test method," the company said in a statement.

The company pointed to other independent study results that found the test accurately detected 90% or more infections.

Last month Abbott changed the instructions for its test to explicitly warn against putting patient samples in transport chemicals. The update came after researchers at the Cleveland Clinic reported a 15% false negative rate for samples stored in the chemicals.

The FDA said it was reviewing the data with Abbott and was working on a letter to health care providers about potential accuracy issues. The agency said physicians may need to confirm the results of a negative Abbott test if patients have signs and symptoms of the virus. Regulators said they are requiring Abbott to conduct follow-up studies on the test's accuracy.


The FDA first cleared Abbott's test in late March under emergency powers used to quickly accelerate the review of tests and treatments during a public health crisis. The agency has authorized more than 90 tests, effectively flooding the market with testing options amid persistent problems ramping up testing levels.

For weeks, Trump has promoted Abbott's test as a "game changer." On Monday, the company's ID NOW system and test cartridges were displayed prominently at a Rose Garden press conference meant to highlight the nation's progress on testing.

The administration has shipped more than 235,000 of the tests to state public health laboratories. And Abbott has separately said it has distributed 1.8 million tests to health care facilities in all 50 states.

'This will kill Texans,' Dems say of Abbott reopening state
Majority of Houston-area ISDs will still require masks
Sunshine will warm us into the mid 60s
Texas hospitalizations are up 59% than in October, data shows
Woman used CARES Act money to buy homes and cars, feds say
Show More
What it means for you when Texas drops statewide mandates
5 things to know about COVID-19 relief bill headed to Senate
What to binge this week on ABC13's free streaming apps
No name change for Goose Creek's Robert E. Lee High School
2 friends, 1 dream, and an $80 million empire
More TOP STORIES News