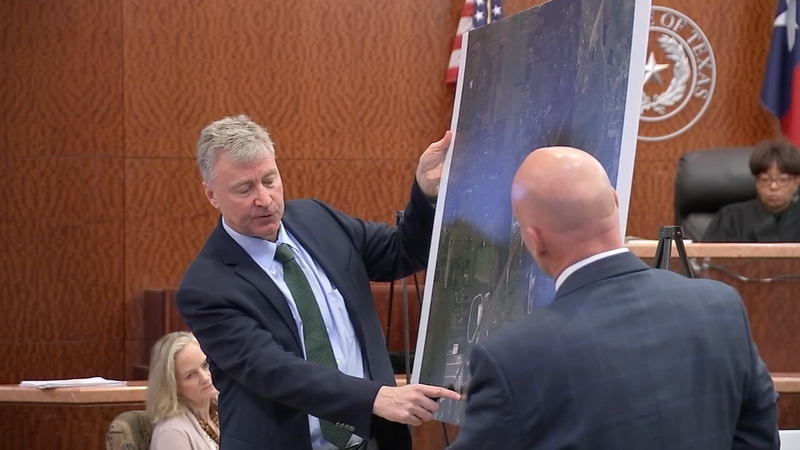 HOUSTON, Texas (KTRK) -- Opening statements were given on Thursday in the unusual criminal trial against Arkema chemical plant and its executives after chemicals were said to have combusted during Hurricane Harvey.

Prosecutors accused Keogh of putting Harris County Sheriff's Office deputies in harms way by telling local emergency officials that Arkema had real-time data monitoring of the tanks that 350,000 gallons of organic peroxide, which they knew would explode when they reached a certain temperature.

"Chemical products, specifically peroxides, were exposed to rising water during Hurricane Harvey," said special prosecutor Mike Doyle during opening statements. "The choice these managers made, as Arkema always did, is to keep the product on the ground, in the threat of weather, every single time."

Prosecutors say the company resorted to asking its own workers to move the dangerous chemicals by hand, in barrels, as the waters rose around them.

The chemical release and fires shut down a mile and a half around the plant for days. At least 21 first responders and other officials were injured after they inhaled some of the fumes while arriving at the plant.

Attorneys for Arkema argued the company had a full hurricane plan in place, but nobody could have predicted the severity of Hurricane Harvey.

"No one knew how devastating Harvey was going to be on the city of Houston, no one," said Letitia Quinones. "Some people call Hurricane Harvey a 2,000-year-old flood. I suggest to you that's almost when Jesus was here, when something like that happened."

Attorney Tim Johnson, who is representing Rowe, made a similar line of attacks in his opening statements.

"There was no causation because Harvey was an act of God," Johnson said.

Turning to a slide of the Astrodome, he looked at the jurors, and said, "There was enough water to fill the Astrodome 3,200 times. Was that biblical?"

Ironically, the rest of the opening statements were cut short by Houston's latest flood. The water main break on the city's east side shut down the downtown courthouse complex around 3 p.m. on Thursday.

Opening arguments will resume on Monday.