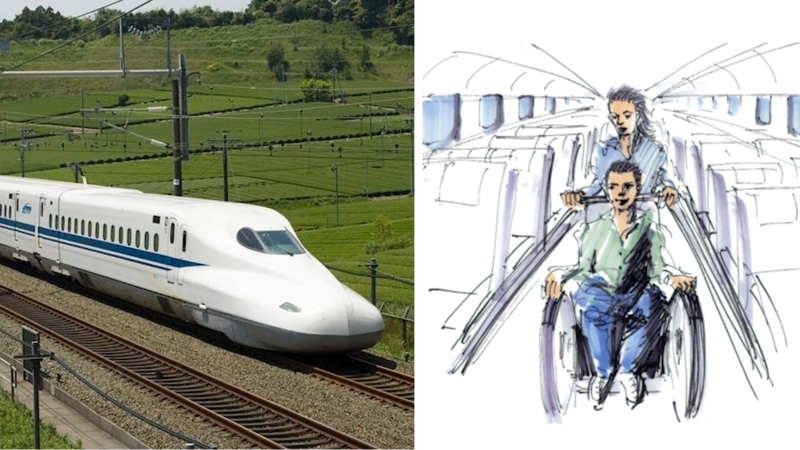 First look at the inside of the Texas High Speed Rail

HOUSTON, Texas (KTRK) -- We've seen the exterior of the bullet train that's expected to take passengers from Houston to Dallas in 90 minutes, but now we're getting a look at what that ride will be like on the inside.

Texas Central shared a first glimpse of the seating inside the high-speed train.

Unlike that tight squeeze in the middle seat on most flights, this train will have no middle seats, meaning nearly a foot of extra legroom compared to flying coach, the private railroad company says.

On top of that, all the seats will recline. There are no seat belts.

Interior features are also expected to include high-speed Wi-Fi, the ability to configure some of the 8-cars to "quiet cars" with restricted cellphone usage, and variable lighting.

In 2018, Northwest Mall was announced as the 'preferred location' for the Houston station site.

But not everyone has been on board with the project.

ABC13 has previously reported on landowners who say they're concerned about the train's route and how it will affect their way of life.

You can find more information on the project on the Federal Railroad Administration's website.