Nicholas D'Agostino, suspect in shooting of mom at Katy car wash, said he fired in 'self-defense' 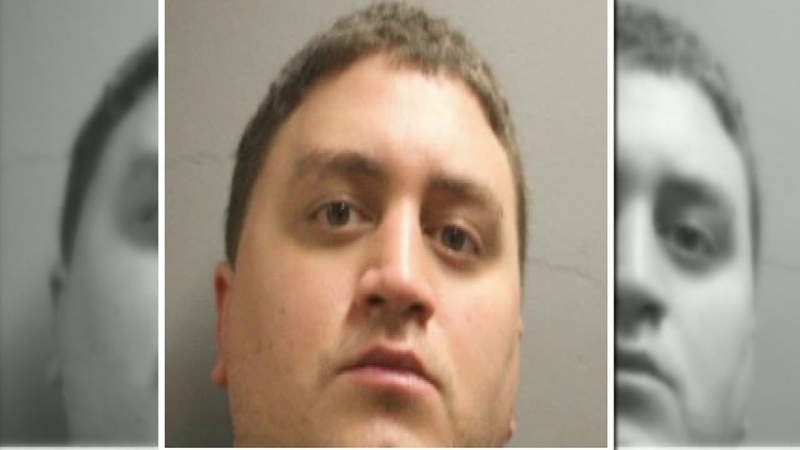 Man accused of shooting at Katy woman speaks out

KATY, Texas (KTRK) -- The man accused of shooting a Katy mother of two while driving down South Mason Road told Eyewitness News "it was self-defense."

Speaking exclusively with ABC13 while behind bars, Nicholas D'Agostino, 29, appeared calm and spoke clearly, at times laughing about his Instagram account.

D'Agostino was unapologetic about the shooting that left the victim with a bullet lodged just millimeters from her heart.

The victim, who remains unnamed, says she was on her way to get a car wash during her lunch break when she heard a pop.

Once parked at the car wash, she realized a bullet broke through her driver's side window and struck her arm, she told Eyewitness News.

The Harris County Sheriff's Office immediately released surveillance images of an older model Ford Explorer seen driving next to the victim at the time of the shooting.

RELATED: Man accused of shooting Katy mom has shot at other vehicles before, prosecutors say

Nearly a week and a half later, D'Agostino was arrested and allegedly admitted to the crime. Investigators say he told them the victim swerved into his lane twice.

On Tuesday, Eyewitness News asked why he didn't first try to use his car horn, to which he replied, "It was vehicular manslaughter. It's almost happened to me before."

Eyewitness News did check the account listed by deputies. There are 12 pictures of cats and dogs and 10 with guns.

The victim's family says she remains at home recovering surrounded by family and friends.

D'Agostino is charged with aggravated assault with a deadly weapon.