KABC
By Amy Powell and ABC7.com staff
THOUSAND OAKS, CA -- A woman rescued from a chimney at a California home was allegedly trying to break into the home of a man she had met online.

Residents reported hearing the sound of a woman crying in the area at about 5:45am. Deputies found Genoveva Nunez-Figueroa trapped inside the chimney. 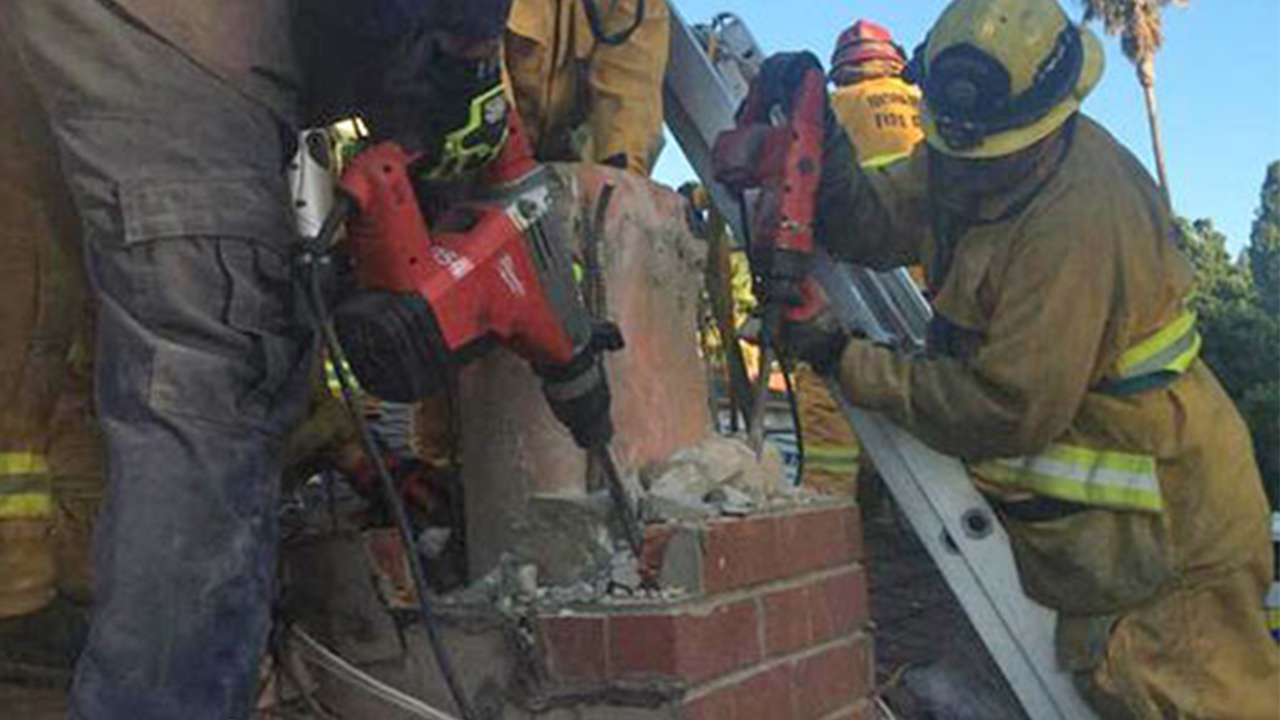 PHOTOS: Firefighters save woman stuck in chimney
A woman's alleged attempt to break into a Thousand Oaks home through the chimney ended when she got stuck, authorities said.

Ventura County Fire Department and Urban Search and Rescue members had to dismantle the chimney in order to get Nunez-Figueroa out. She was lubricated with dish soap prior to being hoisted out, Ventura County Fire Capt. Mike Lindbery said via Twitter.

Nunez-Figueroa was conscious upon being extricated and was transported to a hospital for an evaluation, Lindbery said.

The male resident of the home was not home during the incident. He said he had met Nunez-Figueroa online and went on a few dates with her, but had recently ended the relationship.

This is the second time Nunez-Figueroa was found on his roof. Two weeks ago, he spotted her and called police, but she disappeared.

"I'm going to be a little more cautious of who I invite into my house now," said Lawrence, who did not want to reveal his last name. 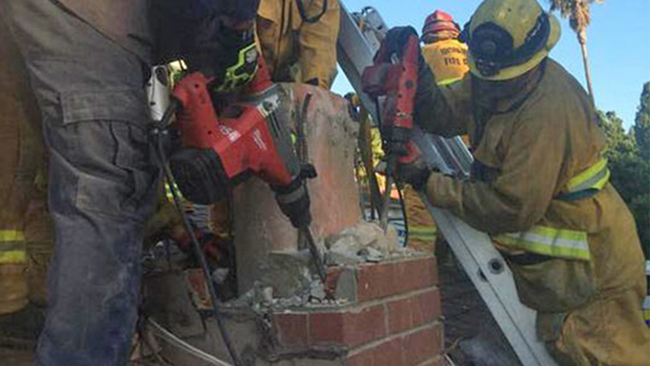