13-year-old allegedly abducted and assaulted getting off school bus 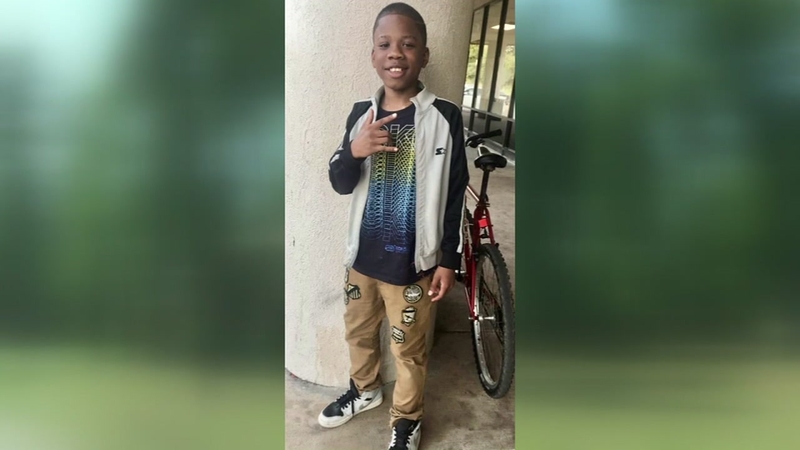 Teen allegedly kidnapped and assaulted getting off school bus

HOUSTON, Texas (KTRK) -- A teenage boy was kidnapped from a bus stop Monday afternoon, and was found running away from suspects with torn clothes and no shoes, according to Houston police.

As officers were gathering information, Parker was found safe, but had gone through a very traumatic experience.

The 6th grade victim told authorities that shortly after he got off the school bus, five teenage boys approached him on Greenwich and Rhobell Street, and forced him into a 4-door vehicle decorated with flames on the side.

HPD is investigating reports that 13 y/o Zavion Parker was snatched on his way home from school in East Houston. He’s ok and back with his family — but was found with a torn shirt and no shoes. He says one of the suspects had a tattoo of a racial slur. pic.twitter.com/2Aw40ubAjN

Parker told authorities that the teenage boys, accompanied by one adult male driver, took him to a vacant house or cabin and assaulted him.

The suspects reportedly took his jacket, shoes, phone and keys.

Lee says she received threatening messages from her sons' phone saying they were going to "kill him."

The 6 suspects (5 of which are roughly 17-18 years-old) are all described as having reddish hair. The adult driver had a heavy build with arm tats. He was driving a red truck with flames on the side. If you see anything, know anything — speak up.

Parker told Eyewitness News when the group went into another room to load an alleged gun, he ran as fast as he could.

A witness, Camecia Carmouche, was driving down Wayside near the Northeast YMCA when she spotted the teen running with a torn shirt and no shoes.

HPD says the suspected driver is described as a white man, heavy built, with straight orange hair and a racial tattoo on his arm.

According to Parker, the statement on the suspect's arm says, "I hate black people."

Lee says because of the tattoo she believes her son was targeted because of his race.

Parker was checked out after the incident, and is doing better.