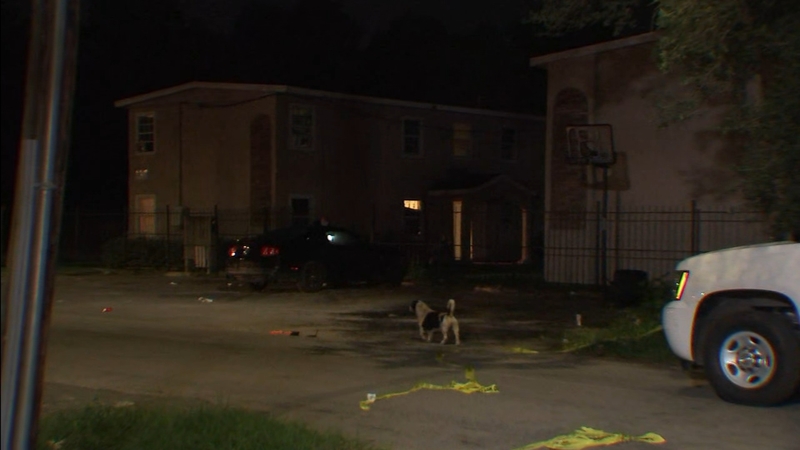 3 killed in attack at apartment in SE Houston

HOUSTON, Texas (KTRK) -- Four people were found shot in an apartment in southeast Houston overnight. Three of them died.

The fourth victim survived, but he is in critical condition.

The shooting happened around 1:10 a.m. on Ward near Calhoun.

Police say the four friends were hanging out in an upstairs apartment when two men shot them.

It's not clear if the group was friends with the shooters, but officials told ABC13 drug paraphernalia was in the apartment, and this was likely a robbery.

Officials are also trying to figure out if the killers broke in, barged in or were let in.

"It's a pretty serious situation. Anytime three people are killed in one incident, it's pretty serious. No matter who the victims are, we want to get to the bottom of it," said HPD Commander Ron Borza.

At this time, police don't have strong descriptions of the shooters. Authorities believe the gunman walked to the apartment, then ran off. They found no sign of a car.

"We need the public's help. If anybody knows anything about what happened out here tonight, we need your help. We need that information to break this case because this is extremely tragic. We lost three lives tonight, and one (is) in critical condition, so we need that help," said HPD Lt. W.L. Meeler.

Two men and one woman were killed. The fourth victim, a man, underwent surgery at Ben Taub Hospital and remains critical.