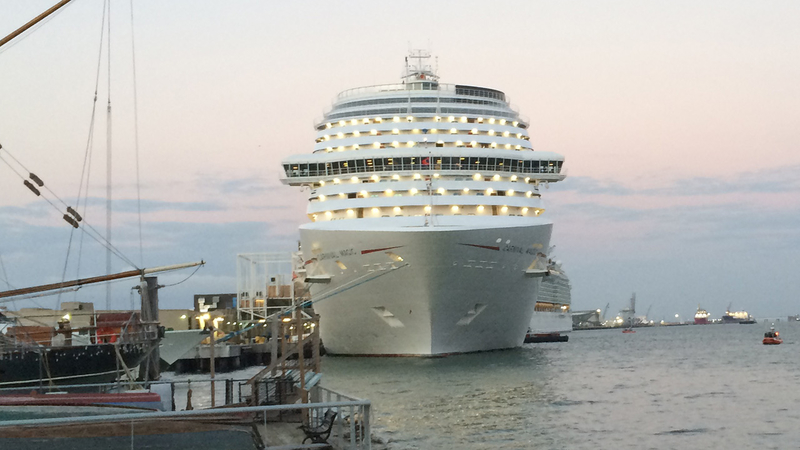 GALVESTON, Texas (KTRK) -- Four Galveston-bound cruise ships with a combined 20,000 passengers on board are forced to remain in the Gulf of Mexico as they await Harvey's passage, according to port officials.

The ships likely won't be able to make their next attempt to enter the port, which is completely closed to ship traffic, until Tuesday, according to Roger R. Quiroga with the port authority.

Three of the ships involved are Carnival cruise ships, the fourth is a Royal Caribbean.

Carnival spokesperson Christine de la Huerta said the Carnival Freedom and Valor will stop in New Orleans on Saturday to replenish food and supplies, at which point passengers can choose to disembark and travel back to Galveston on their own or re-board for the journey by sea back to Texas.

Carnival Breeze is currently docked in Cozumel and will remain there overnight, added de la Huerta. It will depart for Galveston on Saturday.

If a passenger has a medical emergency on board, emergency officials will still be able to access the ship with a medical helicopter.

Quiroga expressed concern during a Friday news conference about the "thousands of cars" parked in the port, as torrential rain is expected to bring flash flooding to the region.