SCIENCE SATURDAY: What can we learn from a total solar eclipse? 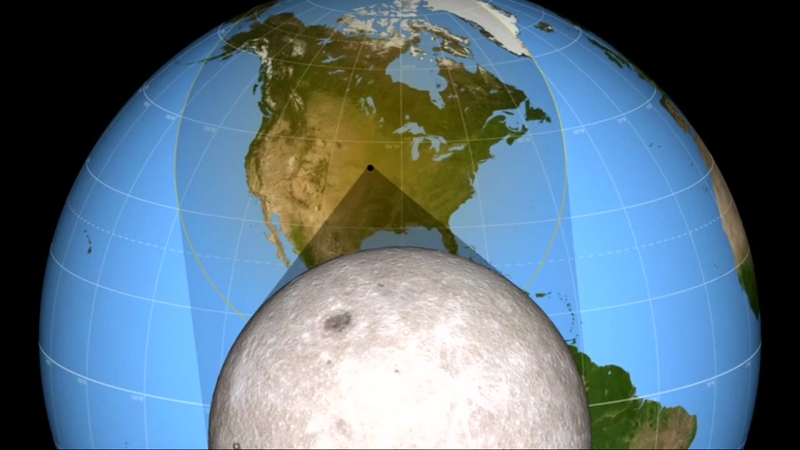 What can we learn from a total solar eclipse

Total solar eclipses are relatively few and far between, but they're not just notable for the breathtaking spectacle they create as massive shadows sweep across entire continents.

For scientists, they offer a unique opportunity to study aspects of the sun like its corona, the layer of plasma surrounding the star. During a total solar eclipse, the moon blocks the sun's "overwhelmingly bright face," according to NASA, and offers a glimpse at the "relatively faint" corona.

By studying the inner regions of the corona that we can generally only see and photograph well during a total solar eclipse, scientists can learn more about how weather works in space.

Of particular interest to scientists are coronal mass ejections, which occur when charged particles from the sun are hurled out into space.

PHOTOS: Eclipses around the world


If that ejection reaches Earth, it can negatively impact our planet's magnetosphere, disrupting radio transmissions and damaging satellites and other electrical infrastructure. Particularly strong ejections can even result in widespread power outages on Earth, although scientists are working on technology to protect infrastructure from such disruption.

Here on Earth, a total solar eclipse creates unusual weather conditions. As the moon sweeps between Earth and the sun, the temperature on the ground drops significantly, as does the amount of light. Quick changes in those conditions can have impacts on weather, plants and animal behavior.

On average, a total solar eclipse happens once every 18 months, and scientists travel around the world to chase them and collect data. But August's eclipse is unlike any other because it passes over a large area of land, offering scientists the chance to collect much more data than during other eclipses.

"This will allow us to maximize our chance to collect data and connect the shadow of the moon to Earth science," Lika Guhathakurta, an astrophysicist at NASA Headquarters in Washington, explained.