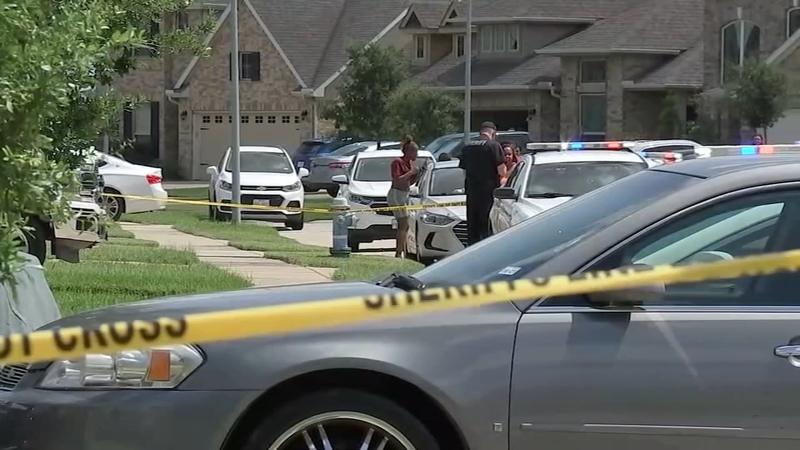 HUMBLE, Texas (KTRK) -- Two suspects turned themselves in overnight in connection to a fatal car sale gone bad in northeast Harris County, according to authorities.

According to Harris County Sheriff Ed Gonzalez, 20-year-old Kelvin Shepherd and a friend went to a home located in the 15100 block of Winter Dawn Way to look at a car that was for sale Sunday afternoon.

At some point while they were negotiating with two men selling the car, the two men allegedly attempted to rob Shepherd and his friend, Gonzalez said.

That's when authorities say Shepherd was shot and killed.

1-Update to Homicide at 15100 blk of Winter Dawn Way: Kelvin Shepherd & a friend went to the location to look at a car that was for sale. During negotiations with two males, the males allegedly attempted to rob Kelvin & his friend. During the course of the robbery, Kelvin was pic.twitter.com/P8Z8iOkkD0

The two suspects reportedly fled the scene in Shepherd's car, which was described as a forest green-colored 2006 Chevrolet Malibu.


According to Gonzalez, suspect Brandon Harris turned himself in at the Brazoria County Sheriff's Office overnight in connection with the shooting.

Investigators said Kelvin Shepherd and his friend were in the area to buy a car before the alleged shooters hopped in their back seat.

Gonzalez said deputies were also able to locate Shepherd's car after the men turned themselves in.

Homicide and CSU investigators are responding to a residence at the 15100 block of Winter Dawn Way in Humble. A male with a gunshot wound was pronounced deceased on the scene by EMS. #hounews pic.twitter.com/lWgwSww2rP