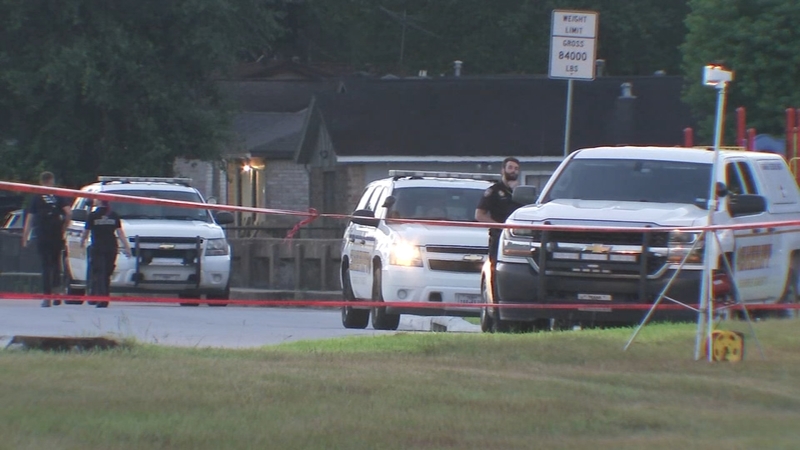 A juvenile is among the suspected carjackers who took a vehicle from a man early Monday morning in east Harris County, deputies say.

A deputy shot and killed one of the suspects, who is believed to be in his late teens or early twenties.

The carjacking happened around 2:30 a.m. Monday at 14101 South Pacific and Jackstone. The victim was taken to the hospital. He is expected to be okay.

A K-9 deputy who saw the stolen car approached the vehicle, but the suspects ran off, leading to a brief chase on Woodford.

1-Officer Involved Shooting: @HCSOTexas units responded to a carjacking call at 14101 South Pacific, where victim was shot at. A vehicle description was put out and a deputy located the possible suspects. Suspects ran on foot & Deputy gave chase around 14887 Woodford. #HouNews pic.twitter.com/QZl45REWpW

At some point, one of the suspects pulled out a weapon as the K-9 tried to get close to him and started to hit the dog with his pistol, Harris County Sheriff Ed Gonzalez said.

That's when a deputy fired one round, killing the suspect. It's not clear if that suspect fired at any point, the sheriff says.

A man who spoke to ABC13 but declined to give his name says he believes the suspect who was killed may be his son.

Another suspect, who is a juvenile, was arrested. Two others are still on the run.

Deputies are telling everyone who lives near Woodford Drive and Bright Penny Lane to be extra cautious.

The sheriff says the area has seen an uptick in crime with neighbors agreeing, adding that gunshots are becoming too common in the area.

"It is getting crazy out here, and it is getting worse and worse all the time," said William Smith, who lives down the street from the crime scene.

Deputies recovered a second gun. They believe it belongs to one of the suspects who got away.

One suspect is dead another is in custody, two more are on the run near the Channelwood subdivision in East Harris County. HCSO says this all started with a carjacking. The deputy fired at the suspect after the suspect allegedly struck a K-9 with a pistol. pic.twitter.com/tJFvu2XWhz