HOUSTON (KTRK) -- Kinley Golden has come a long way since October 2015, when her grandparents' dog attacked without warning.

"I saw the dog and I thought he was on top of the other little dog, but then I saw Kinley's feet sticking out from under her. And he was really, you know trying to kill her," said Jeremy Golden, Kinley's father.

He pried the Springer Spaniel off his toddler and saw she had massive bleeding from the head -- and part of her brain left exposed. 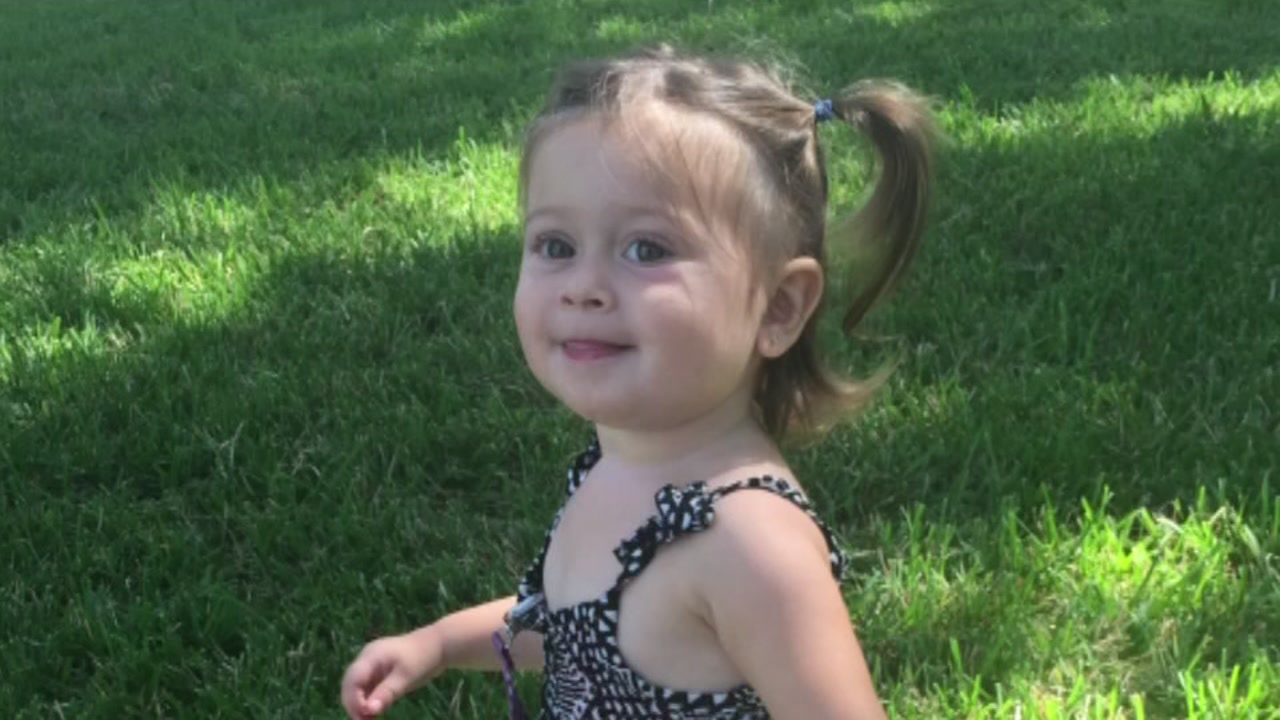 Dog brutally attacks Houston toddler
As a nurse, a Houston father has seen a lot of trauma. But he never imagined his own little girl would be a patient. A dog attacked the toddler and bit her on her head.

"Her cry was becoming weaker and weaker. I actually thought she had died," he said.

Both Jeremy and his wife are ICU nurses. They knew to apply pressure immediately. Kinley was taken to a nearby hospital and then transferred to Texas Children's Hospital.

She suffered a stroke due to the trauma.

Eventually she was stabilized, and her family then feared the brain injuries would change her spirited, headstrong personality.

"That's very scary, but it didn't take long for us to learn she was the same baby," Jeremy said.

Now, Kinley's much like a typical 2-year-old, always searching for snacks and keeping her parents running after her. She does have to wear a special helmet until a metal plate can be implanted to cover the part of her head with a missing skull fragment.

She was released from the hospital earlier this year and continues regain movement in her left side.