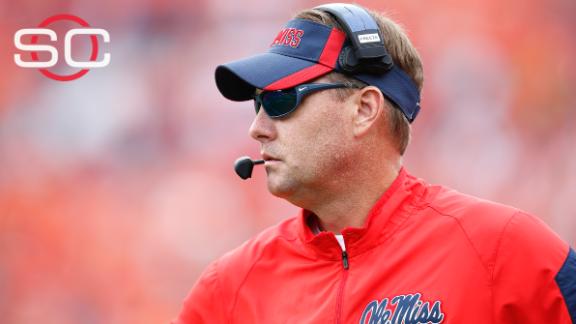 Mississippi's football program was cited by the NCAA in 13 of the 28 rules violations levied against the school in the notice of allegations the university recently received, with nine of the violations occurring during current coach Hugh Freeze's tenure.

The breakdown of violations by sport was first reported Tuesday by The Associated Press by a person with knowledge of the investigation, and later confirmed for ESPN.com by multiple sources.

The violations are a mix of Level I, II and III; the NCAA considers Level I violations the most serious. Many of the violations have already been self-reported by the school and, as sources told ESPN's Brett McMurphy on Tuesday night, the ones that took place under Freeze's tenure are low-level violations.

Ole Miss officials reiterated that there "were no surprises" in the NCAA's report.

Ole Miss athletic director Ross Bjork told ESPN.com last Wednesday on National Signing Day that the school looked forward to presenting its side to the NCAA.

"We're not going to run away from anything," Bjork told ESPN.com. "I know what we stand for, what we do and the integrity in this room."

Tuesday, he issued another statement, saying: "Nothing has changed from our last statement on Jan. 30. We are still working through the process."

Sources confirmed to ESPN.com's Chris Low on Tuesday that Ole Miss was not cited for the more serious failure-to-monitor charge and that Freeze was not personally named in any of the charges.

Of the 13 violations involving football, four involve the current staff and were self-reported by Ole Miss, which also took steps to self-impose penalties in some cases, sources told ESPN.com. Those four violations are a violation of the "bump rule," which says coaches can't have contact with a recruit during a designated non-contact evaluation period; an improper recruiting video made outside the locker room; a person the NCAA considers a booster illegally transporting a recruit to campus; and a stepfather of a recruit having his lodging paid for during an official visit. That last rule has since been changed by the NCAA.

Five other violations revolve around former offensive tackle Laremy Tunsil and allegations made by Tunsil's former stepfather, Lindsey Miller. Tunsil was suspended for the first seven games last season for his use of loaner vehicles from Cannon Motors in Oxford, Mississippi. He was reinstated by the NCAA for the final six games. Additionally, Tunsil spent a night at an Ole Miss assistant coach's house, another violation outlined in the NCAA's report.

The NCAA's investigation of Ole Miss took another turn last June when Tunsil and Miller were involved in a physical altercation. Both filed domestic violence charges, although they later agreed to drop the charges. Tunsil said he was protecting his mother after he saw Miller push her, and Miller said Tunsil was the aggressor. Miller claimed Tunsil had been riding around in cars with agents and had accepted impermissible benefits from agents and officials at Ole Miss.

Miller sent pictures to ESPN.com showing bruises on his face. He said the whole thing escalated because he was angry at Tunsil for being so "stupid" for riding around in cars with agents and jeopardizing his eligibility. Miller told ESPN.com at the time that he had spent his own money and time driving Tunsil to all-star games and camps, and "this is the thanks I get."

The school's women's basketball and track and field programs are also involved in the investigation.

Ole Miss has been under investigation since 2012, when women's basketball coach Adrian Wiggins and two assistants were fired after a school investigation found academic and recruiting misconduct. Two players were ruled ineligible, and the school self-imposed a one-year postseason ban.

Ole Miss has 90 days to respond to the notice of allegations. School officials and legal counsel have not released the notice because they believe the documents should remain confidential while the investigation continues.

Some of the NCAA issues involving the football program are already known.

Saunders was given an eight-year show-cause in the Louisiana-Lafayette case after the NCAA ruled he made an effort to arrange fraudulent college entrance exam scores for recruits.

Louisiana-Lafayette did not receive a postseason ban in its case but was put on probation for two years and lost 11 scholarships over three seasons.

Information from ESPN's Edward Aschoff, Chris Low and Brett McMurphy and The Associated Press was used in this report. 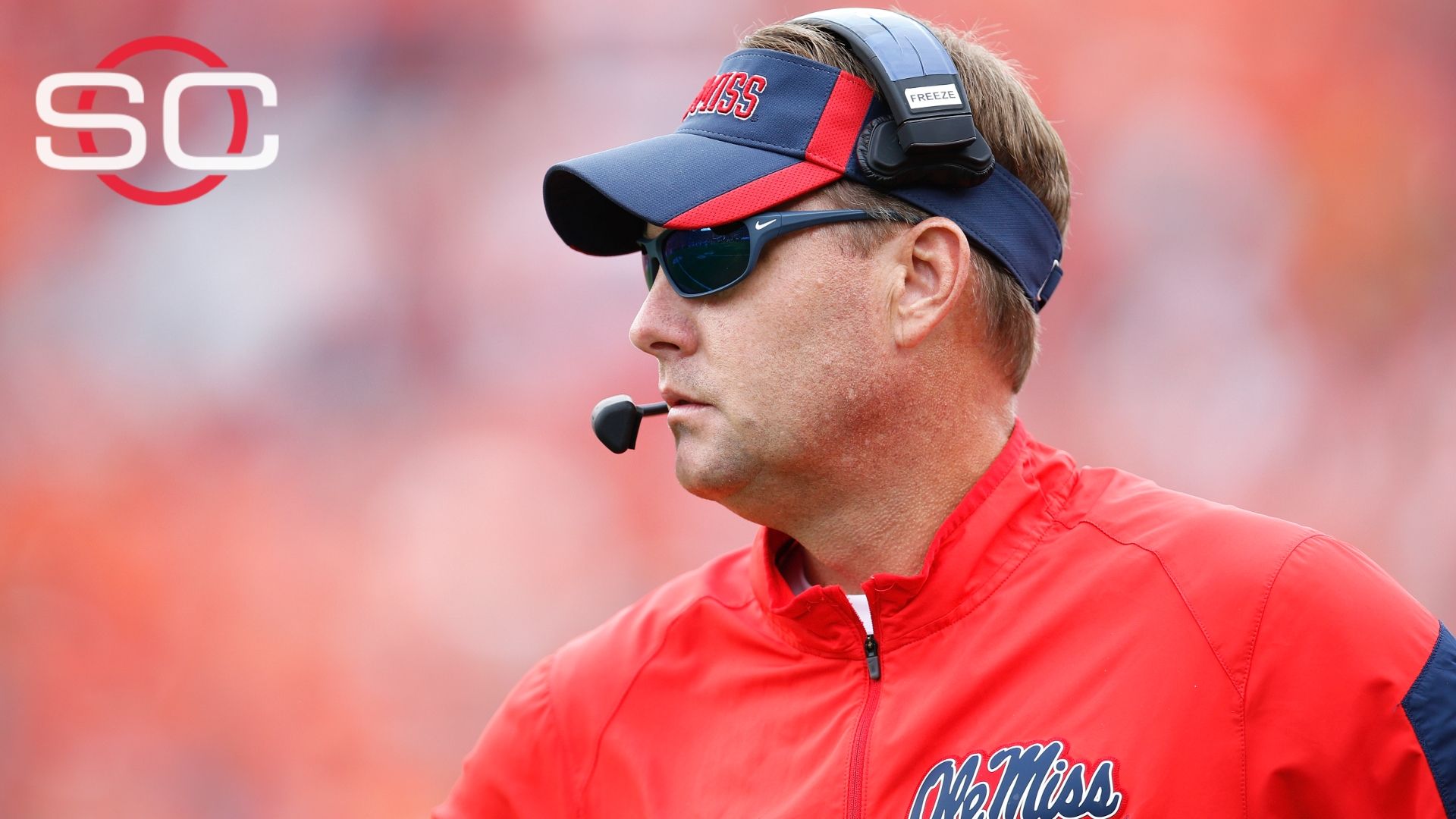