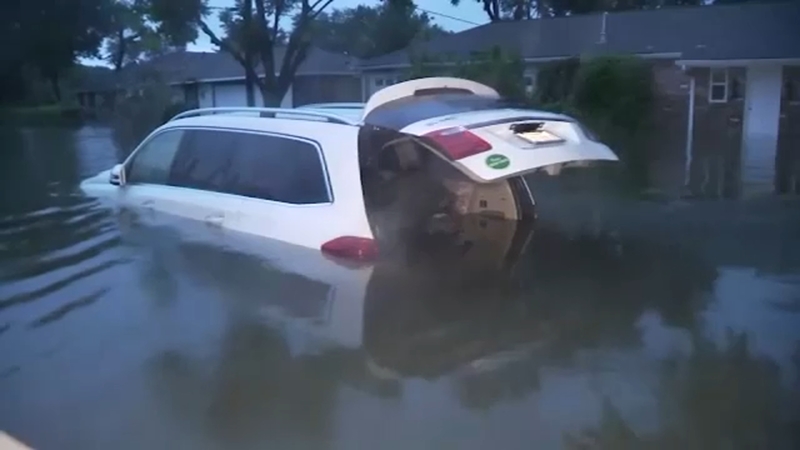 Four and a half years after the storm devastated Houston, some victims are still waiting for their homes to be rebuilt by the billion-dollar program. Due to the city's slow pace, the Texas General Land Office took the program over. The audit examined the time when Houston was running the Homeowner Assistance Program.

"Three years after Hurricane Harvey, the city had spent only $22.8 million (1.8 percent) of its $1.275 billion sub-allocated grant funds, which substantially delayed assistance to participants. Further, it had assisted only 297 of 8,784 participants (3.4 percent) in its housing programs," auditors wrote.

Auditors acknowledged the frayed relationship between the city and Texas GLO. Insiders describe executives who refused to talk to one another, angry meetings and pointed fingers. Federal audit writers dressed the disagreement up, writing, "These conditions occurred due to significant disagreements between the city and the Texas GLO over how to implement the city's programs."

Auditors spent time dissecting the city's decision to fight the number of bedrooms that could be built in a Harvey rebuilt home. The city insisted on rebuilding homes as they were before the storm. GLO said it could only build enough bedrooms to house the family that lived there. The so-called empty bedroom debate ate up months as the city and state fought over it. Auditors commented, "Regarding the city's dispute about reconstructing homes to their original bedroom size, the Texas GLO denied the waiver request, correctly determining that such a waiver would not comply with Federal laws and regulations. These disputes were time consuming and slowed the program's progression."

Auditors did fault GLO for not providing the city with benchmarks by which money should be spent. The GLO agreed to provide them going forward.

In a response to the audit, the city's then-Housing Director, Tom McCasland told HUD the scope of the audit was too narrow and avoided other serious issues. McCasland disagreed with the main finding as well, saying "the draft audit erroneously concludes that the city has been slow in moving forward with its housing programs."

McCasland, who was fired months after the draft audit was received and replied to, claims:

The GLO was slow to reimburse the city for program expenditures. A chart included in the report suggests that in fall 2021, GLO had reimbursed just $110 million of the $256 million the city spent.

Ignored both litigation between GLO and the city of Houston and claims the working relationship improved after auditors visited the city.

The audit was completed before recent allegations of city meddling in housing bids were raised. In September 2021, then-director McCasland alleged the city "bankrolled" one developer at the expense of others.

The audit also came within days of HUD pausing GLO spending on Harvey flood mitigation programs over GLO paperwork issues, but does not discuss that issue.