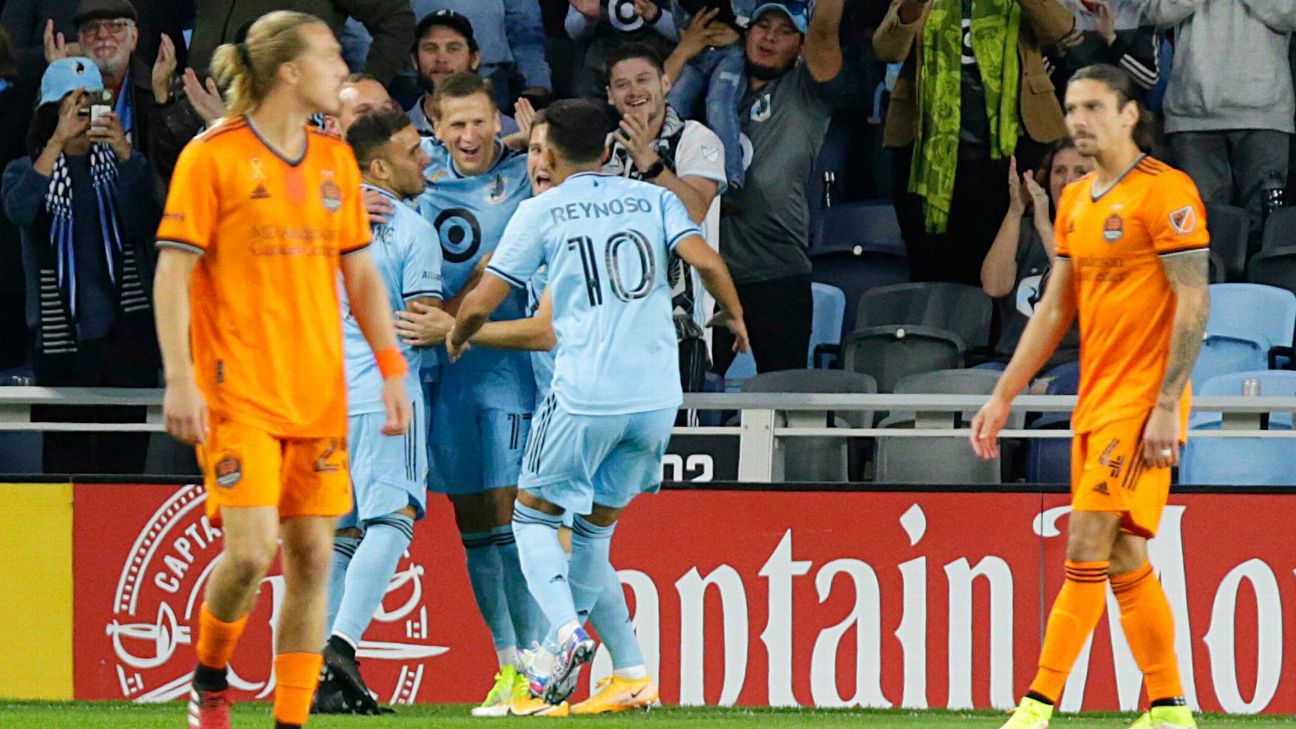 The Loons (10-8-7, 37 points) improved on an already impressive home record, moving to 8-3-2 on its own pitch. Minnesota will end the weekend in no worse than seventh place and remains above the playoff line with nine matches remaining in the regular season.


Minnesota keeper Tyler Miller was credited with eight saves while recording his second consecutive clean sheet, his ninth of the season and the 29th of his six-year MLS career. He preserved the shutout by turning away four shots in the waning minutes as Houston pressed desperately to find the net.

The Loons wasted no time getting on the scoreboard, with Lod converting a sumptuous pass from Franco Fragapane in the opening minute of the match. Fragapane looked off the Houston defense and threaded the assist to Lod, who was on the dead run into the six-meter box and beat Dynamo goalkeeper Michael Nelson with a left-footed shot from a difficult angle.

Lod also had a hand in Minnesota's second goal, which came just 16 minutes later. He carried the ball into the Houston zone before passing to Finlay, who fought off Dynamo defender Tim Parker and lifted a shot toward the net. Nelson got a hand on it but could not keep it from going just over the goal line.

The win allowed the Loons to sweep the season series with the Dynamo, as Minnesota captured both matches at home and also one in Houston.


Houston outshot the Loons 15-12 and placed more shots on goal than Minnesota but could not solve Miller. The Dynamo (5-11-11, 26 points) had their modest three-match unbeaten streak snapped. Houston remains in 12th place in the 13-team Western Conference with seven matches to play.

The Dynamo have not won away from home this season, losing eight matches and drawing six others. 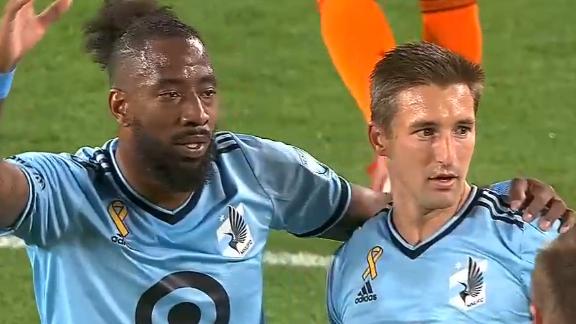