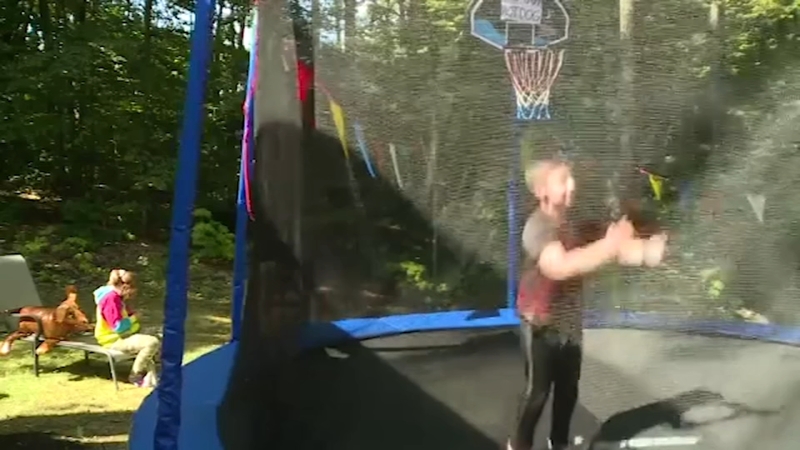 PORTLAND-AUBURN, Maine -- A 10-year-old boy in Maine has raised more than $3,600 for charity just by using his trampoline!

Jackson Welch spent 24 hours jumping, eating, and sleeping on his trampoline to raise money for the Animal Refuge League of Maine.

According to WMTW, the inspiration to help out the refuge came when Welch's family lost their cat.

It was after that loss that they donated their leftover food and toys to the organization. Then they also adopted a new kitten.

"I might try to do more 24-hour challenges, but not outside anymore cause the heat is awful and the coldness is awful," Jackson said.

But the GoFundMe page is not his first attempt to combine his love of animals and the internet. The 10-year-old says he posts videos of his kitten to YouTube regularly.