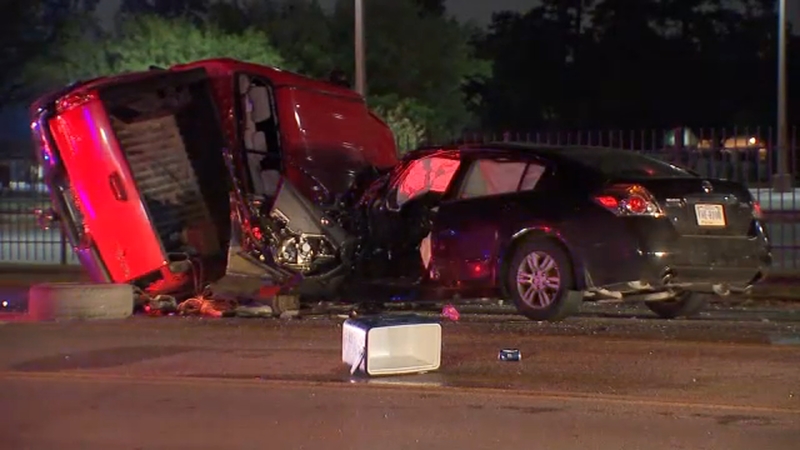 HOUSTON, Texas (KTRK) -- A 1-year-old child died after a major crash in north Houston late Friday where the driver of one of the vehicles fled the scene.

It happened in the 4700 block of Aldine Mail Route near the Eastex Freeway around 11 p.m.

A Toyota Tacoma was eastbound when it hit a curb and overcorrected, according to the Harris County Sheriff's Office. That's when it slammed head-on into a Nissan Altima with the little girl inside, deputies said.

Seeing far too many crashes. The operator of the red truck, Sergio Milla Iglesias (35) fled the scene & was later apprehended by our units. The driver of the sedan Marvin Buck (55) sustained minor injuries, front seat passenger (Amiyah 1 yoa) died at hospital. Amiyah was not https://t.co/COuyQDQqwP

The driver of the Altima, believed to be the child's father, was transported to a hospital. Their condition wasn't known.

The driver of the Tacoma, identified as 35-year-old Sergio Milla Iglesias, ran from the scene but was later located, deputies said. He was taken into custody.

The 1-year-old was riding in the front seat and was restrained by an adult shoulder and lap belt inside the Nissan, deputies said.