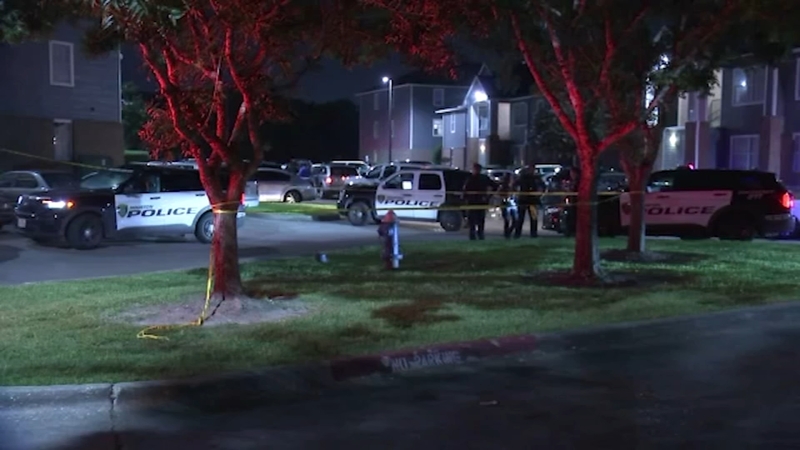 HOUSTON, Texas (KTRK) -- One man died Saturday night and another was injured in a shooting at a southeast Houston apartment complex, police said.

It happened in the 4700 block of Wenda Street near Sunbeam.

Witnesses told officers they heard an argument followed by gunfire, according to Houston police.

When officers arrived, they found a man outside the apartment complex who'd been shot. The other man involved was also struck by gunfire and had already been taken to a hospital by someone before police got there, said Christian Vaughn with the Houston Police Department.

That victim later died at the hospital.