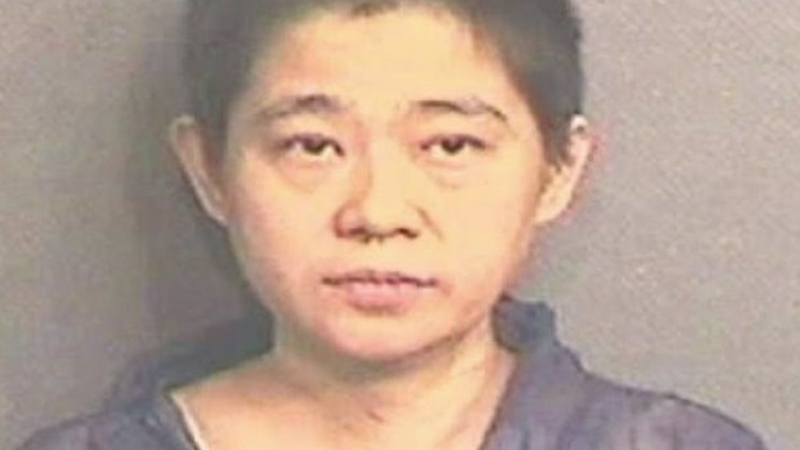 The father of the woman charged with killing their child, says she had been treated for depression.

"I walked outside and they had (the mother) facing that way, with her hands cuffed," Hill said.

Soon, Hill would learn that her neighbor, Lihui Liu, would be charged with drowning and decapitating their 5-year-old son, Jiadong Xu.

Hill said she immediately thought about the days before Thanksgiving when Liu knocked on her door and asked to use the phone. She clearly seemed agitated.

A few days later, Hill went to visit her neighbors to make sure everyone was okay.

Hill says she implored Liu's husband, Kai Xu, to take his wife to a mental health facility. Liu didn't go to the hospital that night.

However, Xu has confirmed she has been treated for depression before.

"We have gone, several times," Xu said to me over the phone in Chinese, reluctant to go into specifics.

Xu said his wife has fought depression on and off for years. On Friday, his older daughter went to school, while the boy stayed home. Xu said he hoped it would brighten her mood.

"She loved her children. I thought having my son with her that day would put her in a good mood," he said. "But the result was terrible."

Xu says he is devastated but is worried that his elderly parents in China, the boy's grandparents, would not be able to survive the trauma of knowing what happened.

His mother-in-law is already hospitalized in China after hearing about the charges against her daughter.

Therefore, despite his grief, Xu has already returned to work. He says he needs to support his surviving daughter.

The couple has a teenage daughter, who was not harmed. They are permanent residents of the United States. Born in China, Xu says he and his wife are naturalized citizens of Singapore.

Meanwhile, their neighbor Nancy said she wants to get out an important message.

Her own mother committed suicide more than 60 years ago. Now, with what happened to her neighbors, she wants people who need mental health help to reach out.

"If you're sad about anything, if you ever mention wanting to kill yourself, get help immediately," Hill said.