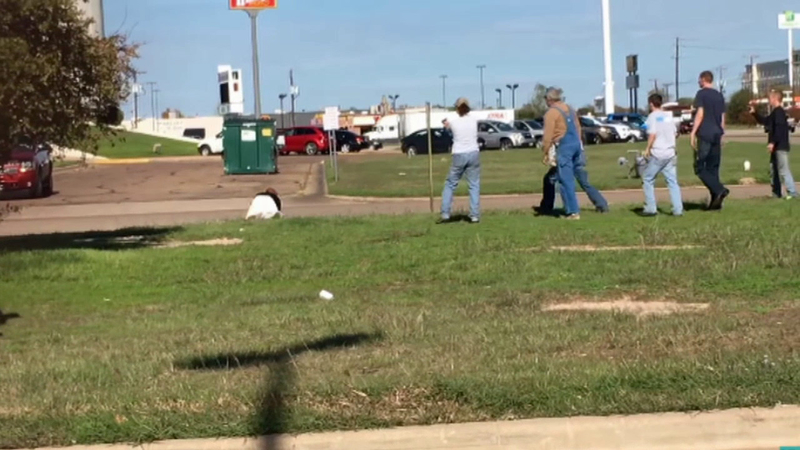 WACO, TX -- When shoppers at a Texas Walmart witnessed a crime against an elderly woman, they decided to take matters into their own hands. And it was all captured on video.

A man was suspected of snatching an 84-year-old woman's purse and that's when a number of Walmart shoppers in Waco chased after him and a violent struggle begins.

One woman can be seen holding a gun and when the suspect is able to get free to make a run for it, she fires a shot over his head.

The man immediately drops to the ground then gets back up and starts running.

But the group of citizens quickly caught up and grabbed him just as police arrived at the scene.

The woman who fired the gun is seen calmly walking away.

Police arrested 27-year-old Andre Dawson, and recovered the purse he allegedly stole from the elderly woman.