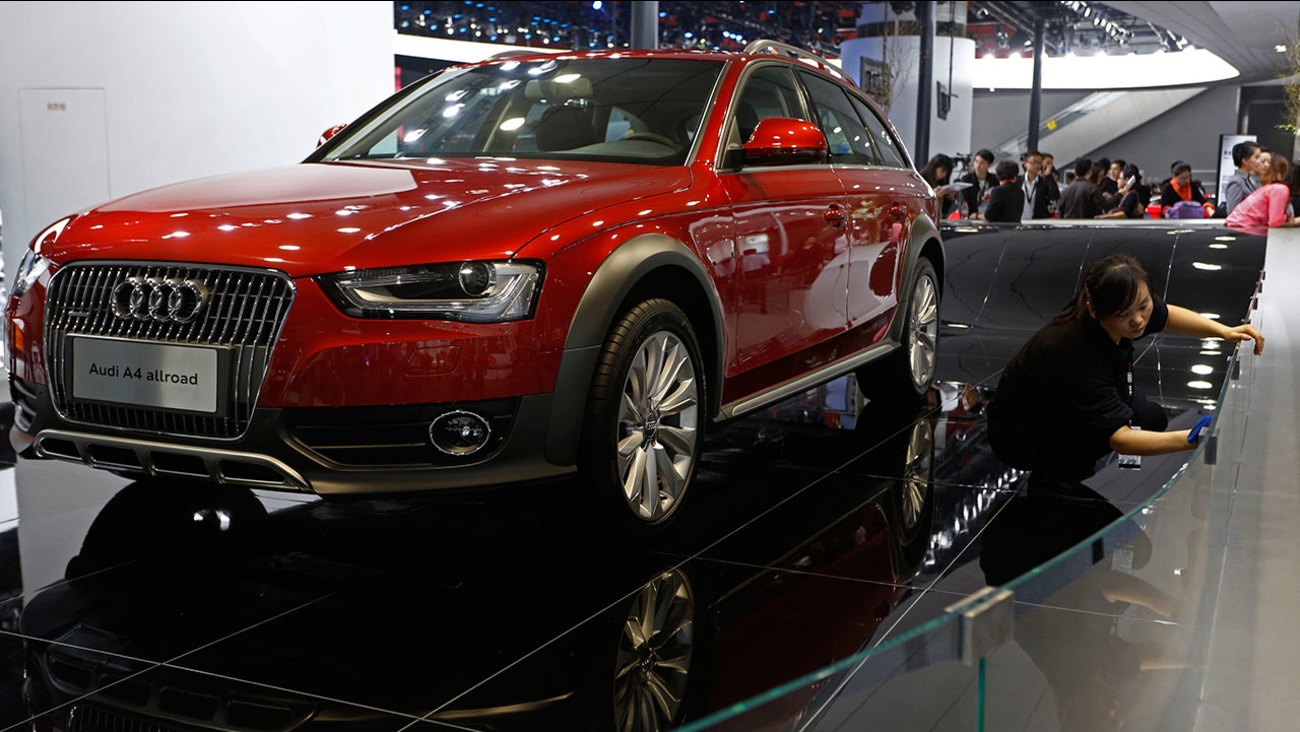 An Audi car is on display. (AP Photo)

The recalls cover the Audi A6 and Volkswagen Touareg hybrid from the 2012 model year, the Audi A7 from 2012 and 2013, and the Audi Q7, S4 and S5 from 2011 through 2012. All the vehicles have 3-liter V-6 engines, according to documents posted Tuesday by U.S. National Highway Traffic Safety Administration. Also, the documents show a separate but similar recall from Porsche covering the Cayenne and Panamera S hybrids from 2011 to 2012.

Volkswagen, which owns all three brands, says vibration during driving, and production issues can cause small leaks in rare cases. VW and Audi said they were not aware of any fires or injuries caused by the problem.

An Audi spokesman in the U.S. says about 80,000 of the brand's vehicles are being recalled worldwide - about two-thirds in the U.S. and China. A VW spokesman in Germany said only a few hundred of its cars are involved because the recall only includes one VW model. An exact number was not provided. Porsche said it would recall about 13,500 cars worldwide. All have engines supplied by Volkswagen and Audi.

About 27,000 VW, Audi and Porsche vehicles are being recalled in the U.S., according to the documents.

The problem was discovered in March of 2013 when customers complained of fuel odor, according to the NHTSA documents. VW investigated and decided Jan. 12 to do a recall.