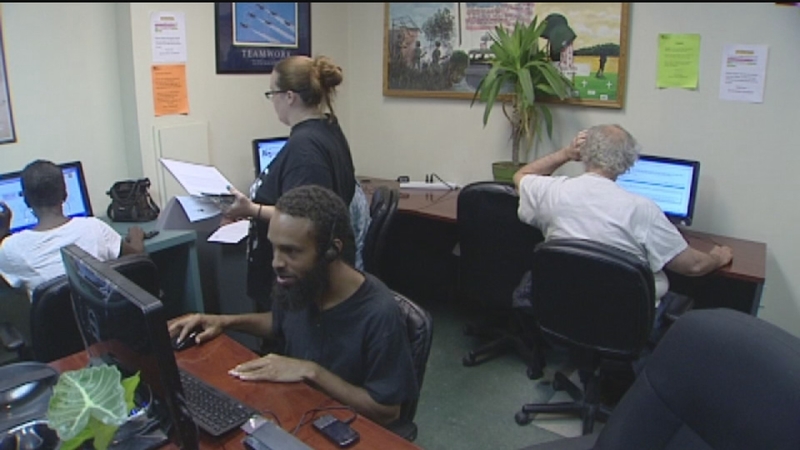 In the last month, the Secretary for Veterans Affairs, Eric Shinseki, resigned amidst the alleged mismanagement of hospitals throughout the VA health care system.

There are acknowledged gaps through which those who served our country sometimes fall.

And that is where the United States Veterans Initiative steps in to help. The nonprofit agency helps veterans find housing, jobs, and counseling.

The counseling part is about to get a big boost here in Houston.

That's comforting to Gulf War Veteran Jimmy Rodriguez. He tells Eyewitness News that his life after a decade in the Navy has been difficult. "Every single veteran has a different personal situation," he says. "The transition from military to civilian life, back to civilian life is pretty tough."

Rodriguez was essentially lost at sea, so to speak, until he found a temporary port at the US Vets facility in Midtown Houston two months ago. "It offered me a chance to find decent jobs and better myself."

And because of a new $200,000 grant from the Texas Veterans Commission, Rodriguez, the 500 vets who call the Midtown Terrace home, and the hundreds more who walk in off the streets to the satellite facility downtown, will have access to expanded, professional mental health counseling.

Tom Mitchell is the Texas State Director for USVets and he says the need is there. "This is one more tool," he says, "to keep us from missing anyone." There are an estimated 1.5 to 1.7 million U.S. military veterans living in the state of Texas.

A 2011 Texas workforce commission study found that Texas is second in the nation (behind Florida) in the number of resident veterans. That same study found that more than 319,000 of those veterans live in the thirteen counties along the Texas Gulf Coast, more than half in Harris County.

The grant will allow USVets to hire two full time counselors who will provide individual and group counseling sessions. Mitchell says those sessions won't just help the veterans with their mental health, they will also identify the additional needs of those veterans. He says many of them who seek the counseling will also get help with housing and job training.