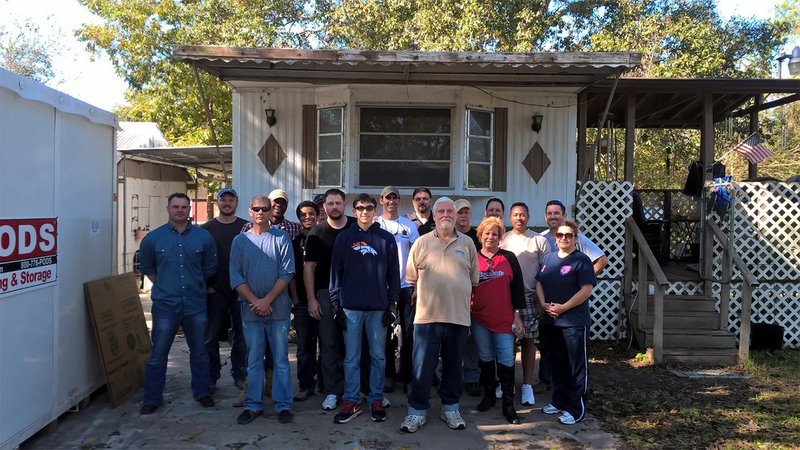 HOUSTON (KTRK) -- A military veteran who lost his trailer after a severe storm has a new home thanks to the generosity of a well-known rock star.

Thomas Herford's mobile home was already having issues from the weather this year. It was 45 years old and then during an October storm it seemed life was caving in.

"The whole roof in the living room just collapsed." He walked in during the storm, "Everything was destroyed, everything got wet," said Herford.

The retired Navy veteran wasn't sure where he was going to live. It was the Red Cross that showed up to help first.

He said, "It started taking off fast, my head was spinning, still spinning now. I have to pinch myself."

The volunteers started showing up to help from The Urban Company and David Lee to Freedom's Angels founded by Ted Nugent. But the 77-year-old surprised everyone when he said he didn't know who he was.

He's quite familiar with the longtime singer and philanthropist now.

"God sent him my way for some reason because he loves to help the veterans," said Herford.

He's now enjoying a new home, furniture and has quite a story to tell from living in his car just months ago.

He said, "I just want to give everybody praise that volunteered in those organizations and the magnificent work they do and they literally changed my life."