'Lock them up': After-school chaos may lead to arrests, police say 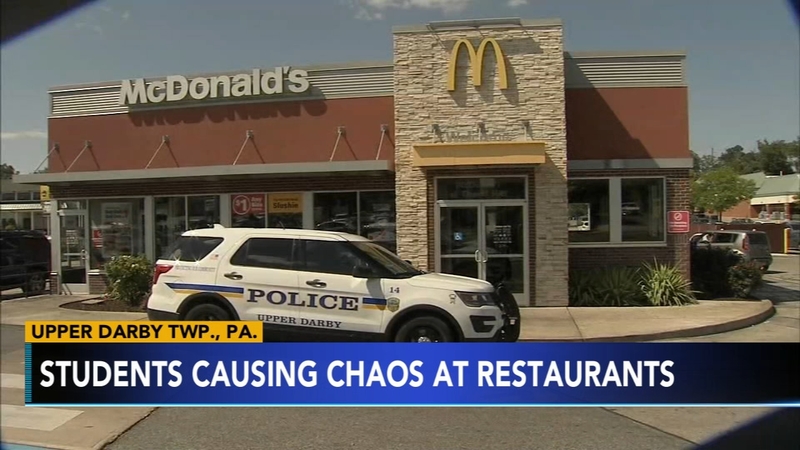 UPPER DARBY, Pennsylvania -- At Pizza Heaven in Upper Darby, Pennsylvania, the after-school rush after only one full day of school has become unbearable.

The kids, they say, from Upper Darby High School forced them to close early.

Corinne Gountis, of Pizza Heaven said, "It starts off with a group of 10 then 30 and then they're jumping on tables."

They say so many kids came in acting up on Wednesday, they requested police outside their shop Thursday.

Next door, at Civera's Deli, we heard more of the same.

An employee there said, "They're not always respectful and that's what gets them not allowed in stores and places."

On Thursday, one intersection in the town was lined with police.

But it's coming at the expense of the safety of the community.

The Upper Darby Police Department is threatening to arrest students that are apparently causing chaos at some local restaurants.

He says the new policy after school here will be if kids don't go home and fail to listen to officers, it will be, "Lock them up. If they don't move when you ask them to move, lock them up. It's that simple."

The McDonald's here has taken matters into their own hands.

They lock the doors to kids during school let-out.

Thursday we also spoke with Toni Westbrook outside of the McDonald's.

She says she has a message for the kids after school and fellow parents.