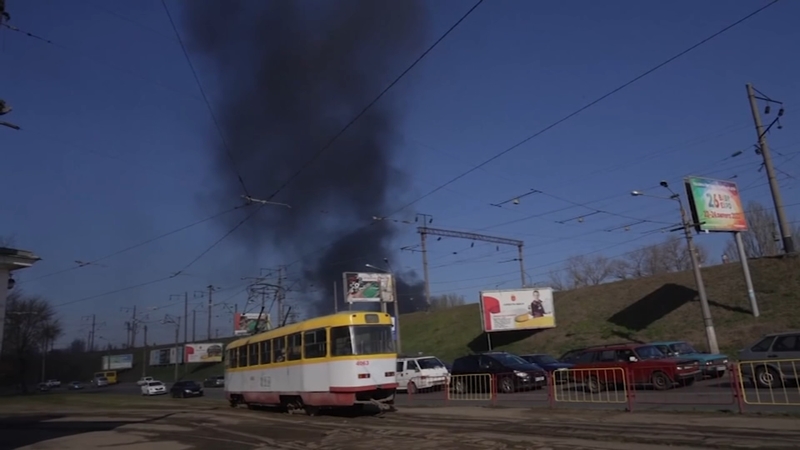 HOUSTON, Texas (KTRK) -- More than four million people have fled Ukraine since the start of the war, according to the United Nations.

But, for many who haven't gotten out already, it's becoming harder and harder to leave.

"I always thought his first trip abroad would be to see the ocean or to see some beautiful nature," explained Anna Hlukhotarenko. "But his first trip in his life was escaping the war."

Hlukhotarenko and her 5-year-old son, Alex, are now Houstonians. Their journey from Kyiv to Istanbul to Houston has been more dangerous than they ever imagined.

"My first day in Turkey was normal and the second day, they announced the war," she said. "Like, we heard the news or read the news about the Russian invasion and of course, the nightmare started."

Hlukhotarenko had already gotten a special United States VISA before the war began, but her elderly parents are now refugees in Romania. After moving to Odesa, they had to sneak out before curfew to catch a secret bus. They made it.

"It was my happiest moment of March," Hlukhotarenko recalled. "I will remember it for all my life. Because, I knew if I didn't hear anything, I would know mom didn't make it."

Her parents are safe, but some of her friends and relatives are still trapped.

Hlukhotarenko has started a GoFundMe to help her family.