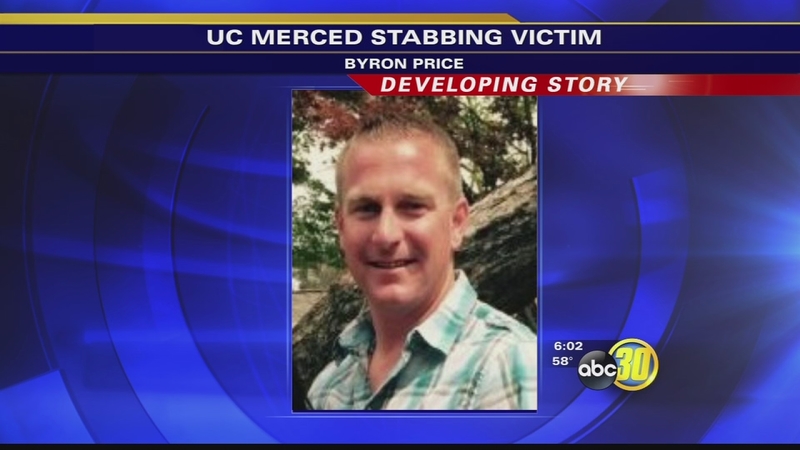 MERCED, CA -- Byron Price isn't afraid of much, but, he didn't expect to come face-to-face with a determined suspect who was on a mission. Bryon was among the least injured, but, campus officials say his brave acts may have saved lives.

When Bryon heard a commotion he went to see who was screaming and possibly break up a fight. When he stepped into a second-floor classroom he found the armed suspect who then turned and came after him. "So when he came at him he said he ended up on his back. I said why'd you go on your back. He goes, he goes, I don't care if he cuts my legs I didn't want him to cut my chest or my abdomen. He said he has to come at me if I'm down and then if he has to bend over I got a chance at his eyes or his throat-- and it worked," said John Price, victims father.

Byron was stabbed while trying to fight off the attacker. His father said another construction worker also grabbed a ladder to try to threaten the suspect and get him to leave.

Byron was working on remodeling a waiting room on campus. He was just finishing up his work for the day when he noticed the commotion and went to investigate. His father said his son doesn't want any attention for his actions and attempts to save others, but he is proud of how he confronted danger without a second thought. "As a man, you want to be the guy when it's your turn to rise up and do what you are supposed to do, no matter what, you do it. And then when your son's do it. Yea, I'm proud of the boy," John said.

Byron was treated at Mercy Medical Center and he is now recovering at home.

Three other victims are recovering from non-life threatening injuries. They include two students and one staff member.