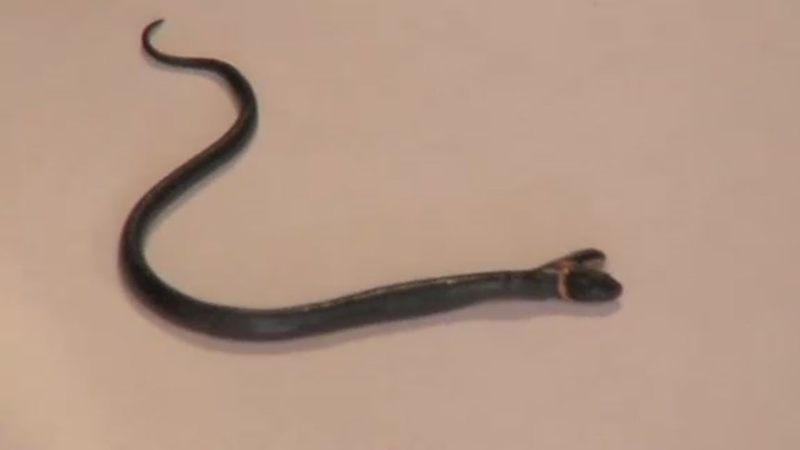 KANSAS CITY, MO -- At first glance, you might do a double take. That's because it's a double snake...sort of, anyway. A Missouri family found a two-headed snake, and kept it as a pet, reports television station WDAF.

The Simpson family recently moved out to the country so their kids could experience nature. But they probably didn't expect to find what was slithering near their new home.

"I hadn't seen one before," said Azure Simpson, whose 3-year-old daughter found the rare snake. "But it was so tiny I guess it didn't really take me back too much."